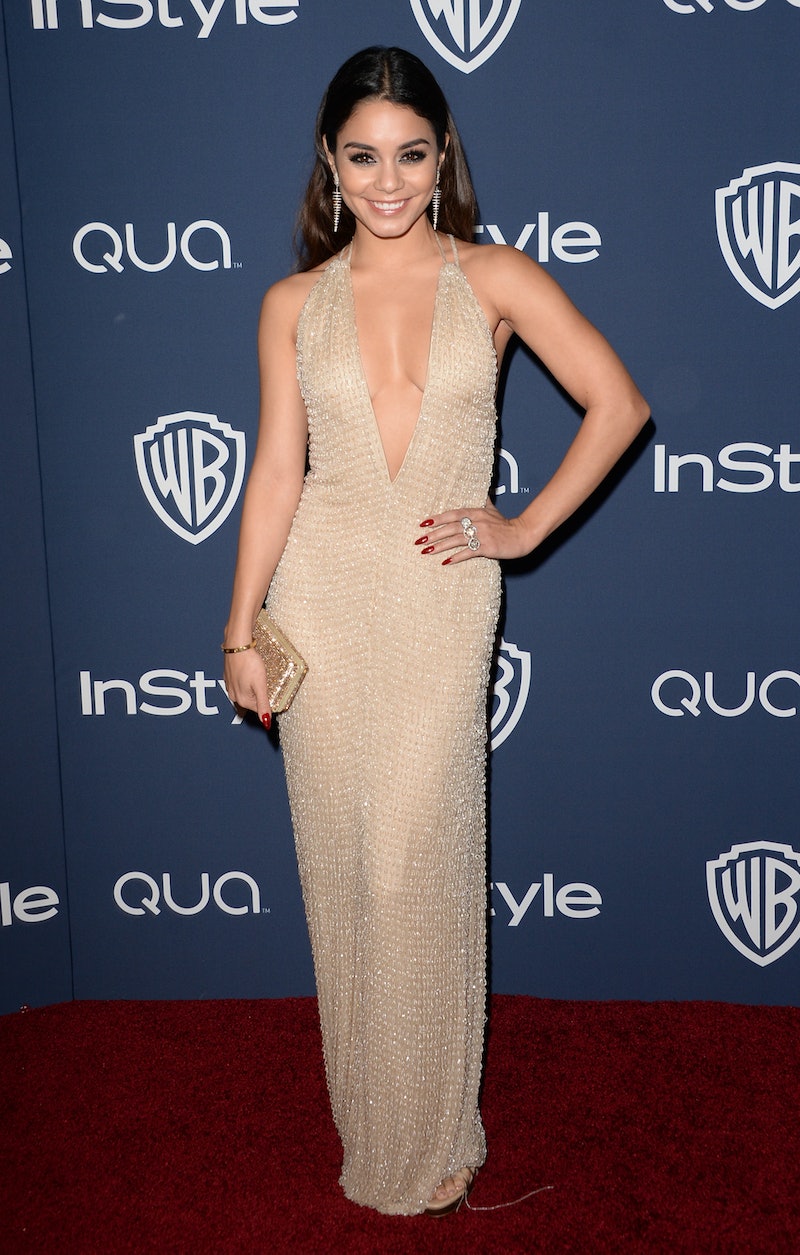 Former teen queen Vanessa Hudgens spent much of 2014 swapping out her hairstyles, but she's also been busy preparing for her big Broadway bow as the titular character in Gigi. In this teaser clip of Vanessa Hudgens as Gigi, the actress looks elegant and classic, with her black dress and bun. She channels the timeless beauty of Audrey Hepburn, who actually played the role on stage in the 1950s.

If you are not familiar, Gigi is a carefree and spirited teenager and Hudgens' broad smile and energy in this super short teaser capture that vibe. While it's easy to fall into the trap of remembering Hudgens as Gabriella in High School Musical and as the first long-term girlfriend of Zac Efron, that stuff is such ancient history.

Hudgens is so grown up and ladylike in this spot, which promotes the four-week initial run at the Kennedy Center in D.C. before settling in NYC. With her black ball gown and her over-the-elbow gloves, Hudgens glides on the screen in a way that suggests she loves playing this role and was meant for it. Even though she has to stop with her crazy colors and cuts for now, it's a small trade-off, since this run as Gigi on Broadway could very likely cement her status as a serious actress!

That smile, though. It's so megawattage.

Enjoy the short teaser below. It's breathtaking, despite being way short.