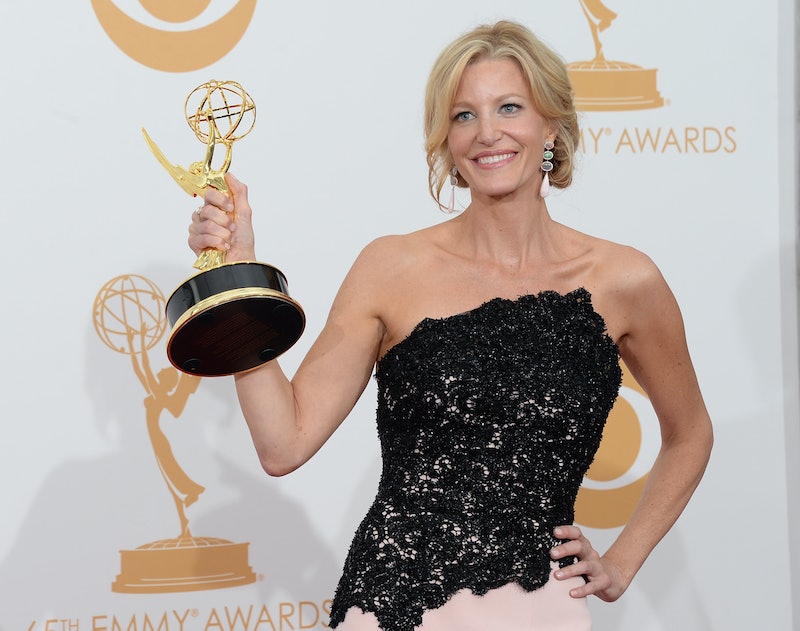 The 2013 Emmys Supporting Actress in a Drama category had a lot of very strong contenders — Emilia "Khaleesi" Clarke of Game of Thrones, Mad Men's Elisabeth Moss and Christina Hendricks, Breaking Bad's Anna Gunn, Downton Abbey's Maggie Smith, The Good Wife's Christine Baranski, and Homeland's Morena Baccarin. In a big "SUCK IT" to all the Skyler White haters out there, it was Anna Gunn who took home the Emmy.

It was cruel irony that 2013's Emmys happened to be scheduled for the same time as the penultimate episode of Breaking Bad , but that didn't stand in the way of voters honoring Gunn, who has played Walter White's harried wife since day one in 2008.

Taking the podium after her win, Gunn thanked her "Breaking Bad family," mentioning the show's producers, cast, and crew. She also thanked her family, saying, "I wouldn't be standing here if it weren't for you." She mentioned her two daughters as well, saying "you are the light of my life, you are my true north, and this is for you."

Gunn should probably write a big ol' thank you note to the New York Times for this one (that was one shrewd Emmy play!) — as well as the prerequisite pat on her own back for a knock-out performance.