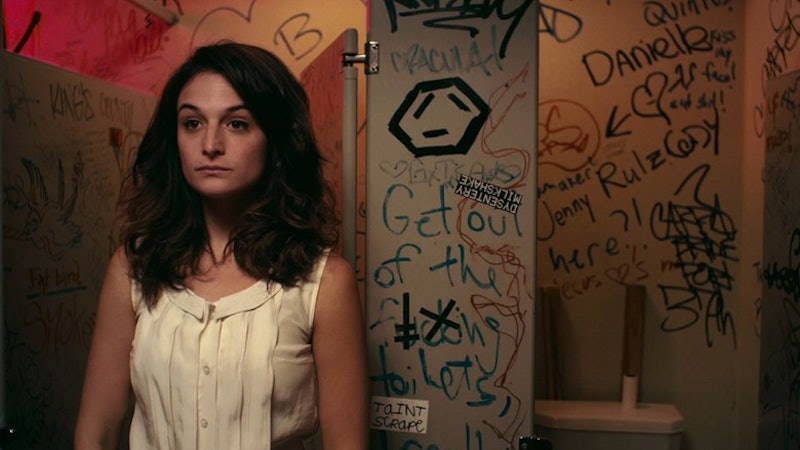 Q: I have a question about abortion. It’s so sensationalized in the news and politics these days, I’m having a hard time figuring out how dangerous abortion actually is. Can you explain the risks involved?

A: It’s estimated that 30 percent of women in the United States will have an abortion by the time they are 45, making abortion extremely prevalent. However, the stigma around this medical procedure in our culture results in a huge amount of silence and misinformation. (Seriously, don’t just google “abortion risks” — half of what you get will be written by groups ethically opposed to abortion who are doing their best to scare women away from getting one regardless of what the professional medical community says). Getting a handle on the real information can help you decide if you will get one should you ever end up in that situation. Arming yourself with knowledge can also help you in political debates with those family members (you know the ones).

First off, there are a few different types of abortions, which are available depending on how far along you are into pregnancy (and what the political policies are like where you live, but so that I don’t go on a passionate neverending rant about the government limiting geographic access to lifesaving healthcare based on zero understanding of science, let’s just stick with the medical best practices for now, shall we?).

Pregnancy is generally discussed in three trimesters, each around three months long, for a nine-ish month pregnancy total, since that’s how long it takes to cook up a small human. Let's take a look at the options for each.

There are two types of procedures to choose from during your first trimester: medical and surgical. Medication-based procedures are when you take medicine that flushes the embryo out of your system. These medicines soften and open your cervix and make your uterus contract, so that the embryo exits the building. Some, like Mifeprex or RU-486 — what you may have heard called the "abortion pill" — also stop your placenta from growing by inhibiting your progesterone. Medication-based abortions are incredibly prevalent, accounting for 36 percent of all abortions in the first nine weeks of pregnancy. Medical abortions can take place up to about nine weeks into a pregnancy.

The surgical procedure used in the first trimester is called aspiration, and can occur in the five to 12-week window after your last period. The manual vacuum procedure involves a special syringe that sucks the embryo out of your uterus, and the machine vacuum procedure uses a gentle vacuum to do the same.

In the second trimester, if you want to go with a nonsurgical method, you can get an induction abortion, which is where you take medication to induce labor contractions. Then your uterus pushes the fetus out as it does in regular births, just earlier.

However, the surgical method called dilation and evacuation is more common because it has lower risks than induction (we’ll get to the risks later). This procedure usually combines vacuum aspiration, which we learned about in the first trimester options, as well as surgical tools that clear away any leftover tissue from the inside of your uterus.

Medically approved options for third trimester or late term abortions include induction and dilation and evacuation. However — and this is where politics comes in — because of threats to doctors' personal well-being (as in, one was murdered while in his church), only four doctors openly provide third trimester abortions in the U.S. Let that sink in for a minute: only four. In the whole United States, which has nearly 152 MILLION women in it. Who experience 3.4 MILLION unintended pregnancies each year.

The main reason for this fight is around the concept of viability — whether abortion should be legal at the time when the fetus is medically able to live outside the uterus. Most late term abortions take place because either the mother or child is in danger of not surviving the birth; but other common decisions include dealing with the aftermath of a rape.

Of course, a common argument against abortion is that it’s dangerous. Is that true? Let’s look at the medical data.

As we’ve just seen, the category of abortion is actually made up of a bunch of different procedure options, each unsurprisingly with its own potential side effects and hazards. But before we get into them, a bit of context. Childbirth itself has its own health risks: in the U.S., 28 women die in childbirth for every 100,000 live births. Just sit with that number in your mind as you read about the risks of abortion.

Overall, first trimester abortions are extremely safe — one of the most safe medical procedures you can undertake, in fact. Medication-based abortion has some potential side effects if you happen to be allergic to it — your face can swell up, you can get hives, or your throat can close. But mostly, what people feel physically after an abortion is cramps, which can last up to six weeks, and irregular bleeding, which can last up to three weeks. Less than .05 percent of first trimester abortions result in a complication that requires hospital care, and less than one in 100,000 women die from medical abortion. This means that medical abortion is way less risky than childbirth.

Procedures taking place in the first trimester have additionally been found to have no long-term risks to your future fertility — meaning you can have an abortion and then have many healthy bouncy babies later in life. Research has shown that if you get pregnant without meaning to, you’re no more likely to struggle with depression or other mental health problems if you have a first trimester abortion than if you grow the whole baby and birth it. Overall, the risk of death from abortion during the first eight weeks of pregnancy is extremely low — one death for every one million abortions.

First, the bad news: Things do get a bit more complicated as you get further along in your pregnancy. The more invasive procedures required for second and third term abortions can have some more intense side effects. Potential complications of dilation and evacuation include infection, sepsis, heavy bleeding, or a ruptured uterus, and induction’s risks are similar — infection, heavy bleeding, or damage to the uterus. However, these complications are extremely rare, and these procedures are still considered low-risk.

Overall, the risk of death from abortion at 16 to 20 weeks is one death in every 29,000 procedures, and that number goes up for 21 weeks and after to one death in every 11,000 procedures. So if it’s possible to complete your abortion in the first trimester, that’s a good idea from a health perspective. In fact, 58 percent of individuals who have had abortions report that they wished they’d done it earlier.

But let’s put those numbers into perspective: How many people actually get abortions this late? Ninety-two percent of abortions are performed in the first 13 weeks of pregnancy, whereas only 1.2 percent are performed at or after the 21-week mark. So, not many of these late term abortions are occurring, but there are a number of reasons why abortions may occur this late in the game.

Due to restrictions in multiple states designed to hinder women from receiving abortion services, many women must put off their procedure dates as they raise funds, find a provider, figure out how to get to the provider, jump through a number of medically unnecessary hoops, and make other arrangements as needed. Sometimes women need to get a late term abortion to save their own lives, because they find out their child isn’t viable, or because they don’t want to carry the child of their rapist to term.

While I want to make it clear that the medical procedures called abortion are safe, I do not do not DO NOT want to discount the emotional toll having an abortion can take. Everyone is different and will react differently to the complex process that accompanies finding out you’ve got a bun in the oven, deciding for whatever reason that feels legitimate to you personally that you’re not interested in raising a child at the moment (or ever), maybe having to tell your partner of your decision and dealing with his reaction, actually going through the medical procedure known as an abortion, and finally continuing to deal with the emotions of having gone through an abortion.

Additionally, some people may feel that this decision is not a struggle at all, and that’s totally okay too. People who feel this way can struggle with guilt at not feeling upset or traumatized, because of the intensity with which this subject is generally treated. You are allowed to feel however you feel about your personal choice to have an abortion, and it is my profound hope that whatever your reaction, you have people around you who let you feel your feels and support your reactions.

Abortion is a very safe procedure. Overall, you are 14 times more likely to die from childbirth than you are from getting an abortion. The research shows that if you need to get an abortion for whatever reason, you can be pretty confident that your body will be completely fine.

In fact, from a population health perspective, offering abortions is way more safe than not: Before abortion was legalized in our country by Roe v. Wade in 1973, large numbers of women were coming into clinics all the time with horrific botched abortions, either from getting an abortion done in a back alley by someone without the skills or tools to do a good job. In the 1940s, over 1,000 women died each year from abortion complications, and there was even a place in all hospitals called the septic abortion ward to deal with partial abortions, which were at the time the most common cause of women getting emergency ob/gyn services.

As I mentioned previously, there’s a lot of misinformation out there about abortion, both on the Internet and in some crisis pregnancy clinics that are secretly run by anti-abortion groups. Luckily, there are also good resources out there for you if you want to learn more or get support: The Guttmacher Institute does exceptional research on abortion statistics worldwide. The Center for Reproductive Rights monitors reproductive rights violations going on in good ol’ America.

If you’re in the position of needing an abortion, Planned Parenthood offers abortions in many states and can help you find an affordable healthcare center near you. If you are lucky to live in New York City and want some support during the actual procedure, The Doula Project provides abortion doulas who can accompany you and help you understand what’s going on as well as just providing some understanding and support. And of course, talk therapy can be immensely helpful throughout the entire process.

Also, as mentioned previously, abortion is very prevalent. It's very likely you know many women who have had one. Talk to them about it and you may be surprised at how helpful their stories can be — for both of you.

More like this
34 Quotes That'll Inspire You On Juneteenth & Beyond
By Syeda Khaula Saad and Siena Gagliano
How To Fight For Reproductive Rights, Based On How Much Time You Have
By Courtney Young
Plan C Vs. Plan B: What's The Difference?
By Lexi Inks
11 Podcasts About The History Of Juneteenth
By Emma Carey
Get Even More From Bustle — Sign Up For The Newsletter