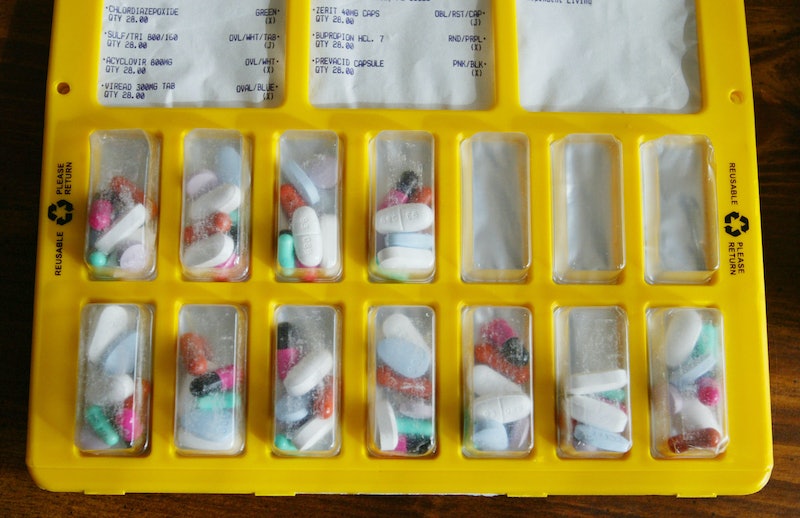 In actually-positive Monday news, the number of new HIV infections and AIDS-related deaths has declined significantly, according to a new Joint United Nations Program on HIV/AIDS (UNAIDS) report.

Since 2001, new infections have dropped by a third, and last year, AIDS-related deaths totaled 1.6 million, compared to 2005's peak of 2.3 million.

But perhaps most significantly, the future looks to be even more promising: infections have dropped by 50 percent among children.

So what accounts for the drop? UNAIDS attributes the decline in deaths and infections to the push for increased access to antiretroviral (ARV) medication. Last year, HIV drugs in low and middle-income countries reached 9.7 million people, compared to just 1.3 million seven years earlier.

In Ghana, for example, nine out of 10 of pregnant women could get ARV drugs in 2012, compared with a little more than three in 10 in 2001. As a result, it's had a 76 percent decline in the rate of children infected with HIV.

And with continued access to medication for moms-to-be, new infection rates among children might drop by up to 90 percent. Right now, 3.3 million kids are estimated to be infected.

But even though these numbers are great, UNAIDS is actually behind its targets to combat HIV and AIDS.

It's worth noting, however, that the reduced number of deaths thanks to accessible retroviral meds means that more people are actually now living with HIV. Although the number of new infections has dropped, the amount of people living with the infection has increased. Last year, the number hit 35.3 million, up 5.3 million from 2001's estimate.

Furthermore, the 9.7 million people ARV drugs reached last year accounts for only 34 percent of the people who need them, according to World Health Organization guidelines. It also means that the UN's goal of reaching 15 million within the next two years is looking a little less likely.

But Michel Sidibé, executive director of UNAIDS, is optimistic.

“Not only can we meet the 2015 target of 15 million people on HIV treatment — we must also go beyond and have the vision and commitment to ensure no one is left behind,” he said.

The key to continuing to be able to treat those living with the disease and ensuring rates keep dropping is, of course, is money. The financial crisis has kept international donations flat-lined, meaning that there's a greater financial burden on individual nations to treat their infected citizens — something many of the countries most affected by the disease simply can't handle.

UNAIDS' target of $22 to $24 billion for 2015 HIV/AIDS combat is a stark contrast to the almost $19 billion set aside last year. UNAIDS Executive Director Michel Sidibé hopes that by making cash-strapped nations see that spending the money has long-term payoff, there might be a chance for continued progress. Fewer infections and deaths reduce the strain on healthcare systems, and greater access to drugs means that those living with HIV can stay working and contributing to the economy.

"If we do not pay now, we will pay later, we'll pay forever," Sidibé said.