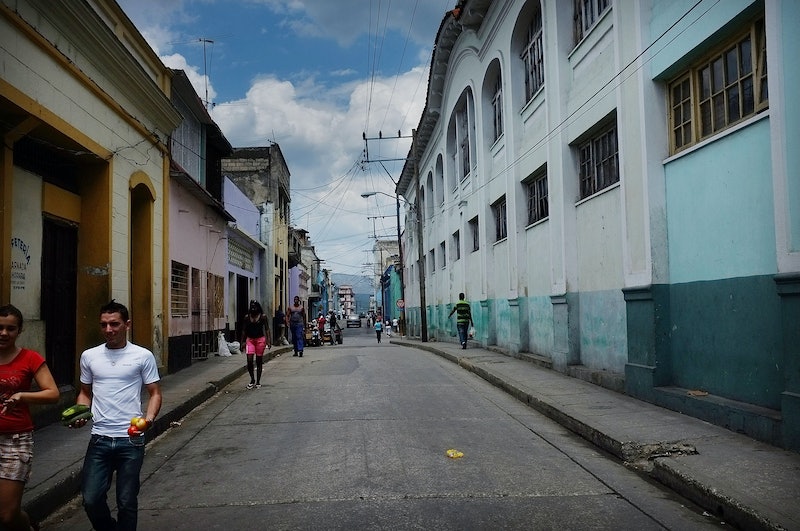 In spite of the thawing of relations between the long-time neighboring nemeses, a senior government official has indicated that Cuba won't extradite Assata Shakur, America's most wanted woman. The Cuban foreign ministry’s head of North American affairs, Josefina Vidal, told Associated Press that the country has no intention of extraditing Shakur — born Joanne Chesimard — a former Black Panther and Black Liberation Army member who was convicted for the murder of a New Jersey state trooper during a shootout.

Every nation has sovereign and legitimate rights to grant political asylum to people it considers to have been persecuted. We’ve explained to the U.S. government in the past that there are some people living in Cuba to whom Cuba has legitimately granted political asylum.

We view any changes in relations with Cuba as an opportunity to bring her back to the United States to finish her sentence for the murder of a New Jersey State Trooper in 1973.

If, as you assert, Cuba is serious about embracing democratic principles, then this action would be an essential first step. I ask you to use this opportunity to engage with the Cuban government to get this resolved, and I am very disappointed that returning a convicted killer of a police officer was not already demanded and accomplished in the context of the steps you announced regarding this dictatorship.

If Shakur's name seems familiar, it's probably because she shares the same last name as the late rap hero 2Pac, or Tupac Shakur — Shakur is Tupac's step-aunt and godmother. Two years into a life sentence, Shakur, who has all along maintained her innocence, escaped from prison and went in to hiding, only to turn up in Cuba and have Fidel Castro grant her asylum.

The circumstances surrounding the shootout during which she allegedly shot, "execution-style," a state trooper, are murky. Shakur, along with two BLA associates, were stopped by two state troopers on the New Jersey Turnpike for a broken taillight, after which the FBI said a gun battle, initiated by the BLA members, broke out. One state trooper and a BLA member died. Shakur has maintained that her hands were up in a position that would have made it impossible for her to shoot the trooper.

But Shakur's supporters pointed to the racially biased criminal justice system that incriminated her for an act she was not guilty for — the same justice system, in fact, that failed to hold the killers of Michael Brown and Eric Garner unaccountable for their actions. Since the incident, Shakur has come to be a revolutionary symbol for the radical left.

Following Vidal's assertion that Cuba will not be extraditing Shakur, Christie said in an interview on Monday with a news anchor:

So Joanne Chesimard, a cold-blooded cop killer, convicted by a jury of her peers, in what is without question the fairest and most just criminal justice system in the world – certainly much more just than anything that’s happened in Cuba under the Castro brothers. She is now, according to an official of the Cuban government, persecuted.

Federal and state authorities have sought her extradition for years. In 2013, the FBI classified her as one of America's Most Wanted Terrorist — the first and only woman on the list — and together with the New Jersey State Police have put out a $2 million reward for information leading to Shakur's capture.

According to AP, Vidal also reiterated the Cuban government's response to all of the U.S.' requests to return its fugitives:

We’ve reminded the US government that in its country they’ve given shelter to dozens and dozens of Cuban citizens. Some of them accused of horrible crimes, some accused of terrorism, murder and kidnapping, and in every case the U.S. government has decided to welcome them.