Kelly Ripa and Anderson Cooper appeared on last night's Watch What Happens: Live. The guest duo behaved adorably, as expected, including the moment when Ripa visibly shook Cooper in a round of "Plead the Fifth." In case you've never watched WWH, "Plead the Fifth" is a segment where a guest is asked a series of prying questions, and they are only allowed to pass on one of them—they must answer the rest truthfully*. After A-Coop used his only pass on the first question he was asked, he was obligated to answer when Ripa asked him who he'd prefer to have sex with, her or her ultra-babely husband Mark Consuelos. It got awkward. (Luckily, American swoons with Anderson gets embarrassed so it's all good.)

Cooper, an openly gay man, took the playful nab in stride. He flailed his arms but ultimately answered the question honestly. "Well, I mean, come on," Cooper says in the video, shifting in his chair yet keeping a sincere smile intact. "Mark, I guess."

Well...obviously. It stands to reason that a homosexual man would choose to have sex with another man over a woman, if presented with the two options. "He's a guy, you're not!" Cooper says, raising a valid point. This isn't the first time the two acknowledged Cooper's Consuelos appreciation or Ripa asked him an outrageous question. Ripa feigned shock even when he defended himself. Cohen buried a grin behind his hands as Cooper and Ripa duked it out (not that there should ever be much duking when it comes to challenging an actual human person's sexual identity).

It's clear Cooper and Ripa have a friendly relationship and the Q&A series was in jest. However, the jokes here are still an annoying reminder that LGBT celebrities have to live with their sexuality being their primary identifying trait. (Seriously, there are probably a hell of a lot of Americans who would, if asked, identify Anderson Cooper as "a famous gay guy" before "journalist" or "TV host" or "news anchor" or "advocate" or any of the answer hard-earned things he is.) It would have been cool if Ripa was more creative with her punchline, but alas. At least she managed to work in some material about Cooper's favorite, Cher, before sharing her secret to martial bliss (we'll save you time: it's called Boning Your Partner). 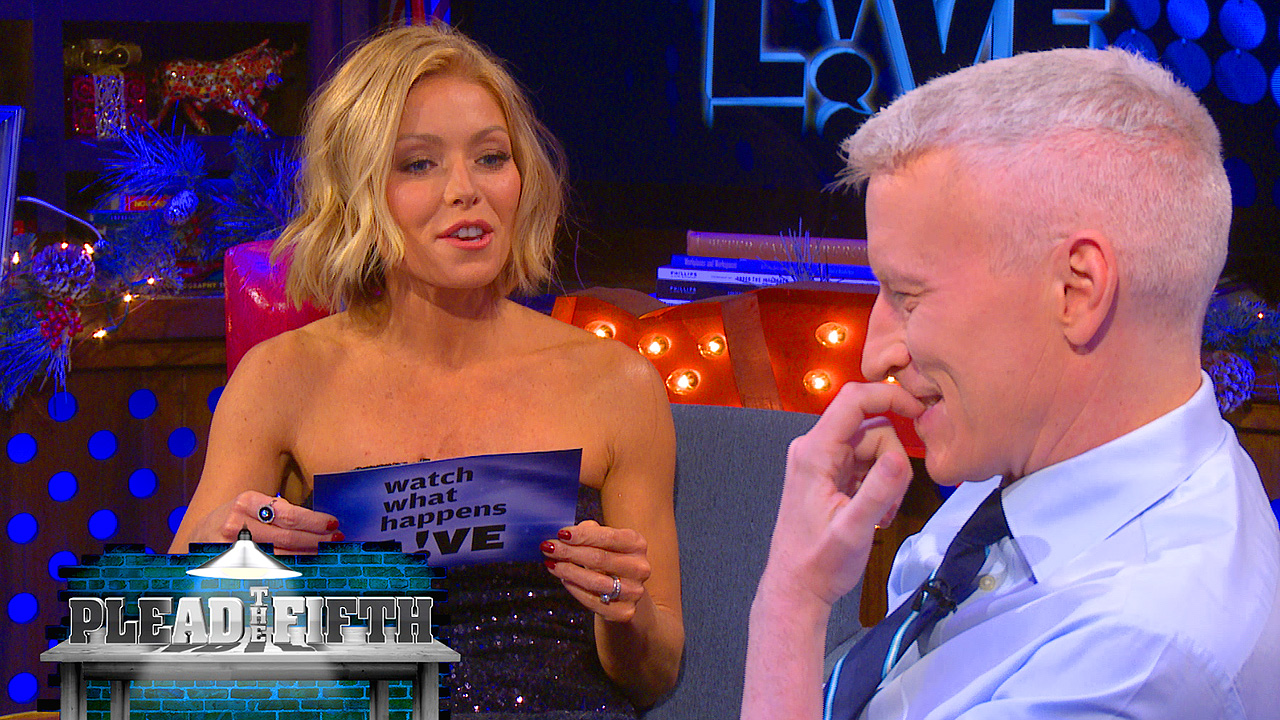 *per their PR person's direction