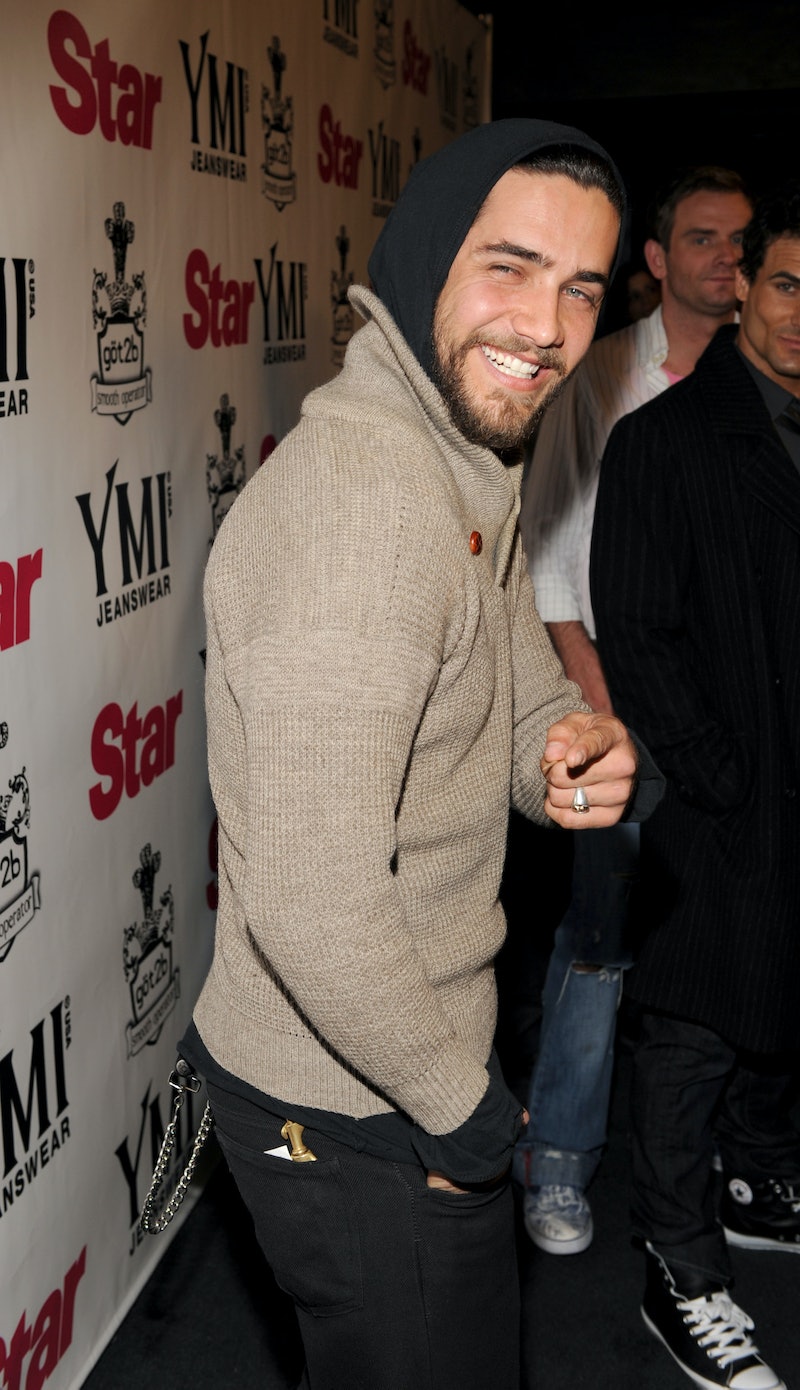 Who is the real Justin Bobby? For starters, that's not his name. The Hills star's real name is Justin Robert Brescia, and he recently came to the Bustle office to chat about all the things that he's been up to since The Hills series finale in 2010 — and he sets the record straight about the things we think we know about him.

Did you know that Brescia was a celebrity hair stylist long before he ever appeared on The Hills? He actually met his Hills love interest Patridge while working as a hair stylist on the set of a Madonna music video. "I've done hair since I was a teenager, and I moved to Los Angeles to work with bands," the former reality star tells me, divulging that he experimented on his family and friends before turning pro. "Being able to cut and change someone's [look] is something I liked doing."

His biggest — and most consistent — celebrity client? Maroon 5. Brescia started out cutting guitarist James Valentine's hair, who eventually introduced Brescia to Adam Levine and the rest of the band, which eventually led to the Brush Your Hair by Justin Bobby Brescia collection, which happens to smell amazing. His stuff is also all natural, but did I mention that it smells amazing?

Following the finale of The Hills, Brescia took what was supposed to be a short surfing trip to Nicaragua, only instead of returning to Los Angeles he, well, didn't. He tells me, "I grew up in Orange County and spent years in Los Angeles. I think as you get older, you realize that there's so much to learn. You can truly outgrow a place. If you want to gain more knowledge and perspective, I think traveling is essential." Don't say he doesn't practice what he preaches: He cancelled that flight L.A. after just a few days in Nicaragua and called it his home for a year and a half.

It might have to do with the whole "living in Nicaragua thing," but Brescia hasn't seen anyone from the reality show in years — with the exception of Patridge. "I've run into her once, maybe twice, since the finale." And no, he wasn't a fan of the show. Brescia didn't tune into MTV to catch the fictionalized version of his social life.

"I've seen some clips and maybe a full episode here or there, but I usually avoided it." When asked if he'd ever consider going back on reality TV, Brescia is hesitant. "That's a big catch-22. You feel like there are some super amazing parts of your life, and you think, wouldn't it be great to have this on film or document it in some sort of way... Then, when you're down on yourself, you think, OK, I don't want this... I think when you get to personal stuff, where the really good storytelling is, that's where you have to decide to draw the line."

Some of the stars of The Hills (Heidi and Spencer Pratt, for example) craved the attention from the press, but Brescia wasn't a fan. Though he complimented his co-stars on handling the photographers with grace — "The girls were really good at that," Brescia muses — he never got used to the paparazzi knowing where he lived or who he was hanging out with. "They made it pretty impossible to have a social life," he admits. "There were times when I was afraid to go hang out with other people, even cast members."

Now, it's all about the music. "Music's [always] been there," he says of his other passion. He started in the California-based band Ed Stanley when he was 19, but stopped playing with them to pursue traveling. When he moved to the east coast, he met future bandmate David Dariani, and the guys hit it off. Together they formed BobbyRock, a two-person alternative punk band. That's Brescia's main focus right now, and the band is working on finding their sound and recording new music. (You can follow them on Instagram @bobbyrockmusic.)

And I think you should know that Brescia retains his fashion sense. Homeboy may have worn combat boots to the beach, but there are a few places he won't wear them to — even though he happened to be wearing them at our interview. "I would say [you shouldn't wear combat boots] in bed..." Brescia struggles to find another location, then finally decides that "you can't wear them when you go through the security line in the airport... or in the tub."