When I was a kid, most of my friends and I took voice lessons. We all thought we were poised to become the next S-Club 7 (yes, that was the group to which we aspired). Unfortunately, vocal training alone was not enough to launch us into celebrity status, and eventually we all found other interests. Maybe if my teacher had been the host of USA's British import reality series, however, I would have stuck it out. Gareth Malone, the host of It Takes a Choir is something of an expert on getting people to sing — and to transform their lives while they do it.

Malone is a bit of a quirky dude. He rocks a lot of bowties; he's an accomplished choir master; he's British. But despite not being exactly what you first think of when someone mentions reality TV, It Takes a Choir is not Malone's first rodeo. The singing teacher has had a ton of success in his native England. He's starred in several different shows where he brings music to groups, such as under-privileged kids or military spouses, who need something positive in their lives. Well, he must be doing something right: in 2012 he was made an Officer of the British Empire for his services to music, which basically means the Queen of England was so impressed with his work that she turned him into a noble. I don't see Ryan Seacrest getting honored like that. 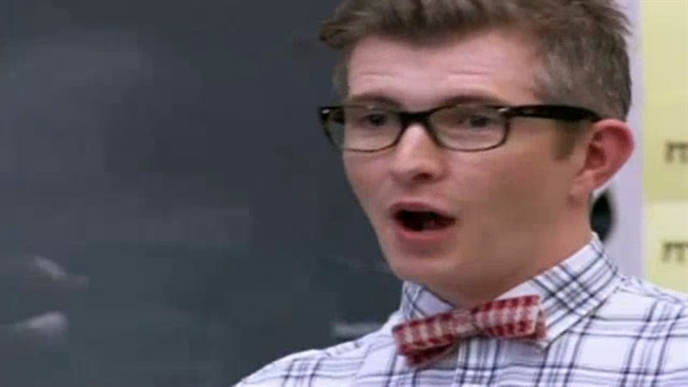 What else do you need to know about Gareth Malone before the series starts (and airs all eight of its episodes in a single day)? Let's take a look:

He Has a Great Track Record

In 2007 Malone first broke out as a reality star and singing sensation when he was hired to host The Choir. At the time, he was the choirmaster for the London Symphony Orchestra, but why do that when you can be on TV, right? In The Choir, Malone spent nine months training unruly teenagers, who had previously never been exposed to choral music, to compete in the World Choir Games in China. The show was a big success, and since then Malone has repeated the process several times over, working with military wives, an entire town of 12,000 people, and a series of businesses, including the staff of an airport. He's turned each group into a lean mean singing machine.

For a BBC fundraiser this year for the charity Children in Need, Malone put together an All Star Choir of British celebrities and gifted young children, and created a choral version of Avicii's "Wake Me Up." The song became a huge hit when it was released for sale, and even entered the UK singles chart at number one, beating out Simon Cowell's girl group Little Mix. The entire event raised over 30 million pounds for the charity, and it pissed off Cowell, so it was a win-win.

Now He's Coming to the U.S.

It Takes a Choir will be Malone's first show to air in America. Congratulations, buddy, you made it to the big leagues. We have American Idol, The Voice, The X-Factor, Chopped, and America's Got Talent. OK, so Chopped isn't a show about singing, but you get the point. The U.S. is brimming with excellent (and less than excellent) reality programming. For Malone to make it here, he'll have to bring his A game. And it looks like It Takes a Choir is off to a good start. In this version of Malone's show, each episode will cover one week in a different town, where Malone will inspire different people to come together and make some musical magic. Sounds like a winner.