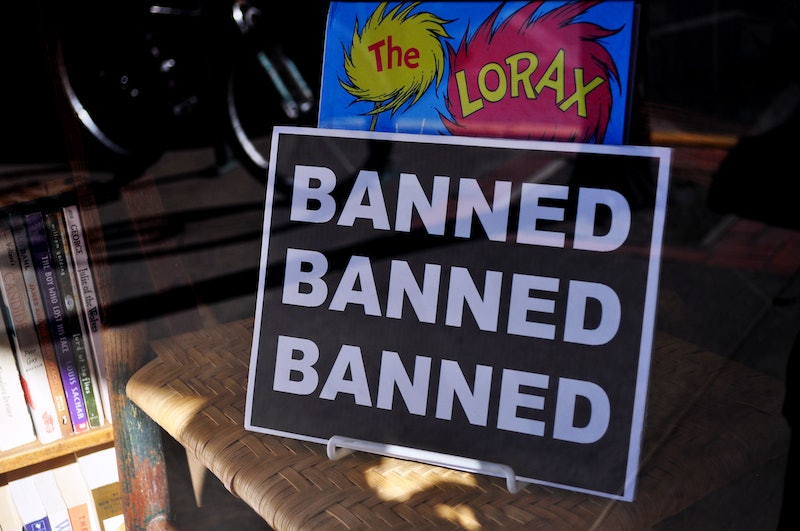 Censorship is wrong. I’m just going to come right out and say it. It’s wrong, and it will always be wrong whether it comes in the guise of oppressive government dictates à la Iran, or via the American model of concerned parents who are worried about ‘age appropriate’ materials.

Now don’t fault me here — I understand parenting is hard. Trying to protect your children from the awfulness of the world is difficult. I respect that. And if you want to insist that your child not be taught a particular book in school, I can’t stop you. But when a parent decides to override the judgment of the teacher or the school librarian and take it upon himself to restrict access for all children, sometimes across an entire school district, that I no longer understand.

I went to a tiny elementary school, with only 250 kids in grades K through 8. Our library was an unused classroom with bookcases around the edge. It was organized according to age group, though I often read well outside mine and my teachers never said anything. There just weren’t enough books at my grade level to keep me occupied each year. And as I got older I inevitably ran out of books that interested me altogether and resorted to rereading old favorites.

So, maybe that’s why I react so strongly when people talk about taking books out of libraries or telling teachers what to teach. Having limited options because you attend a small school with a small budget and no dedicated librarian is unfortunate, but nobody’s fault. Having people tell you what you can and can’t read sounds like torture.

Yes, the world is scary, and children shouldn’t have to deal with it until they’re ready. But for me, the thing that made me ready was reading lots of books.

I learned from Harry Potter about the importance of courage and friendship and doing the right thing. I learned from books like Artemis Fowl that the world is more complicated than “good people” and “bad people.” I learned from Tamora Pierce books that every girl can be strong without needing to be perfect. I learned from so many amazing books and authors to which I can never fully give credit.

But even more than this, reading widely showed me the world in all its complicated glory. Some books I read at way too young an age (the hyper-sexual Ecstasia comes to mind…), but that’s the beauty of books. If they make you uncomfortable you can put them down for a while, sort through whatever they’ve given you to process, and come back later, or never come back at all.

I understand wanting to protect children. But children are not ruined by reading something about the harsh realities of the world. Instead, reading about these realities offers them a chance to get a handle on topics like violence or sex or cruelty or people who don’t believe what they believe, and to then be that much better prepared to deal with it in the real world. Reading shows us things, but a distance where we can reflect and process and be ready for when we see it up close.

A book like Beloved by Toni Morrison, which depicts the subjective experience of entirely factual horrors inflicted on slaves during the 19th century, can help teens get a perspective on modern-day racial issues I promise you they will be exposed to sooner or later. A book like Eleanor & Park by Rainbow Rowell , which depicts bullying in schools, can help with even more immediate issues. And yet both those books have been challenged by parents just this year.

And okay, sure, I wouldn’t hand Beloved to a 10-year-old. But I wouldn’t stop a 10-year-old who wants to read it, either, any more than any of my teachers ever told me that as a 4th grader I shouldn’t be looking on the 7th grade shelves. Because that 10-year-old will know best if it’s something she needs to put down.

Censorship is wrong. Restricting access to books not just for your child but for all children, is wrong. Doing it because you don’t think that children are capable of dealing with complex or even disturbing things is wrong. It’s insulting to children and ultimately does them no favors.

So this Banned Books Week, I have my pins and my T-shirt (that no longer fits, but hey, I own it). But most importantly I have years of great books that made me who I am. And no one should ever be able to take that experience away from a child.