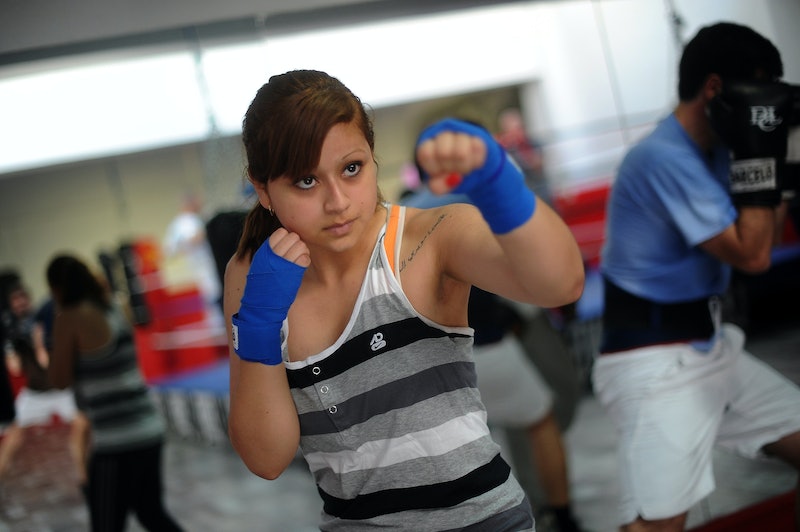 Another year, another set of New Year's resolutions... but will this set finally stick? As the year progresses and the gym empties out, far too many among us will find our resolutions dead in the water — that's just kind of how this story goes. Personally, I'm sure I had a resolution or two for 2014, but by this point I literally can't even remember what any of them were. In fact, I can't really remember my resolutions from any year of my entire adult life (except for the few days I spent in January 2011 on an ill-fated low-carb diet).

Reaching your goals is rarely easy, but don't sabotage yourself by making these common New Year's resolution mistakes and torpedo your goals before you've even begun achieving them. Of course everyone is their own person, but in many ways people are more alike than different — and that's why we keep making the same damn mistakes even in the serious and deliberate pursuit of self-improvement. There's no reason to feel bad about these blind spots that inevitably seem to pop up as we try to stick to our resolutions; after all we're only human. But by keeping a few basics about human psychology in mind, you can easily boost your chances of success in the new year — and here's how.

Don't try to motivate yourself with negativity.

So you're going to work out every single day for the entire year because you think you're fat? Good luck with that. First of all, if you don't leave yourself room for reasonable exceptions (like when you have the flu), you'll feel like a failure when it's not warranted. And as for that negativity? Although it's easy to focus on things you don't like about yourself, it may be counterproductive. For instance, there's some evidence that "fat shaming" leads to weight gain instead of loss, and teenagers behave badly when parents expect them to. If you think you're a failure, you increase your chances of failing. Put an end to negative self-talk, starting with positively-framed resolutions about health and wellness instead of dwelling on past mistakes.

Don't forget that success is a process.

Goals are important, but you need to have some plausible idea of how to get from where you are in your life to where you want to be. Consider dividing your goal up into weekly or monthly chunks to set benchmarks for how many times you meet deadlines at work, cook meals at home, or whatever. If you genuinely want to run a marathon, first get to a 5K. Otherwise, you run the risk of burning yourself out.

Starting with those good classroom behavior and chore completion charts we had in our childhoods, tracking progress towards goals has often played a reliable part in our successes, so don't stop now! Whether you use an app, a journal, a calendar, or an accountability buddy, tracking will help you to correct yourself when you go astray and play the long game of winning at life. And start tracking sooner rather than later, so you don't waste time and energy.

Focus on what you can control.

As Amy Cuddy, a social psychologist at the Harvard School of Business, helpfully points out (via Business Insider), it makes little sense for you to "resolve" to do things that depend heavily on the actions of other people. For instance, instead of resolving to get a promotion at work, resolve to meet all your deadlines. Or instead of resolving to find a boyfriend, resolve to send five online dating messages to potential partners per month. Luck undoubtedly impacts our lives, but don't accidentally blame yourself for things that are outside of your control.

Keep those resolutions to yourself.

It's tempting to use your resolutions as New Year's smalltalk, or tell all your friends for moral support, but you'd do well to keep a lid on your resolutions instead. Research has long since shown that merely talking about your goals is psychologically rewarding, which makes you feel like they're already a reality — which couldn't be further from the truth. As a result, people who share their goals are strangely less likely to actually achieve them. Planning to write a book? Just start chipping away at chapter one. Planning to start a business? Just start doing your research and saving up for your initial costs. They'll be plenty of time to share with others once your success is already coming true.