This past The Real Housewives of Atlanta came in the form of a belated Christmas gift (or early New Year's Resolution) when Kenya, Porsha, Nene, and Cynthia met for the mother of all get togethers in order to hash out all the disagreements they've had over the past few weeks. Every argument was resolved, even the history of physical attacks between Kenya and Porsha. Yeah, you heard that right: Kenya and Porsha hugged it out. Could all these ladies actually be harmonious for once? I don't think it will last, because at the very least we know that Cynthia and NeNe are no longer talking and Kenya called NeNe disgusting for refusing to donate to the Detroit Public School system, but for now? Going into episode 9, looks like these ladies will be asking where's the beef, because they claim to have forgiven and forgotten. 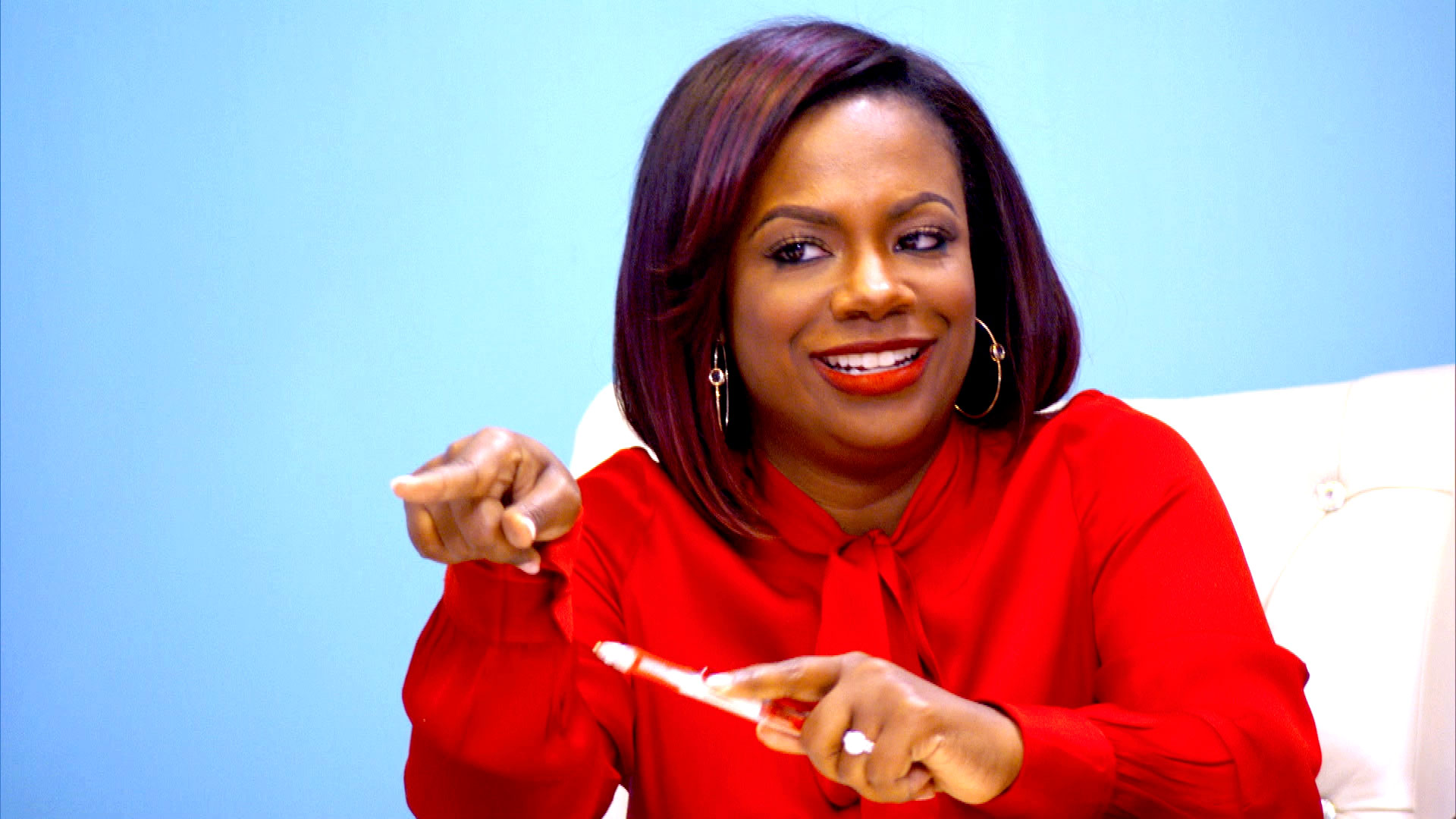 The architect of this whole resolution? NeNe, who organized the meeting and insisted that no one was allowed to leave until everything was just water under the bridge. And Kenya got right in the middle of everything, which was both helpful at first — because it kept things civil between Cynthia and NeNe and got the whole situation off to the right start. Porsha, to her credit, didn't fly off the handle even when Kenya started interrupting her conversation with Cynthia by screaming across the table. And Cynthia, yet again, looked like a sweet summer child in the meadow when NeNe let her sit next to her. She was ready to run off and get married.

One side note that kept things hilarious instead of just 20 straight minutes of tearful hugs — NeNe had the strangest reactions to Cynthia's speech (or it may have just been Bravo's editing team cutting together strange reactions). She kept nodding her head and saying "MMM-HMM" under her breath, in the strangest way. It seemed like she was just impatiently waiting for Cynthia to finish talking, and was barely even listening.

I don't know why NeNe planned this occasion if she was going to be constantly bored by listening to her BFF spill her guts — Cynthia's always been a little long-winded — but I'm happy to see that the ladies won't be fighting about old stuff any longer. Now they're free to fight about all new stuff, appropriate for this all new season!