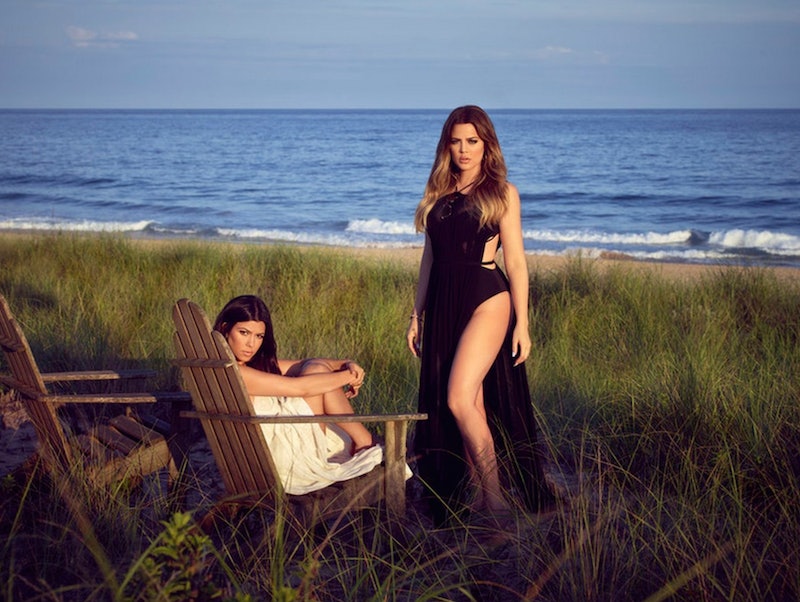 Before I cozied up on my couch and fired up Sunday night’s episode of Kourtney and Khloe Take the Hamptons , I was confident last week’s French Montana t-shirt shorts moment was and would continue to be the indubitable best French Montana moment of the season. Boy howdy, did the latest episode of the E! reality show ever prove me wrong. It really, really proved me wrong. While lounging in bed next to Khloe, French informs his ladyfriend and Kourtney that Planet of the Apes ripped him off: the lead primate in the movies thieved French’s monkey’s name. The main chimp in Rise and Dawn of the Planet of the Apes is named Caesar; French has a monkey named Julius Caesar. (No, French's monkey was not born before the chimp-aracter of Caesar was introduced in 1972 film Conquest of the Planet of the Apes or Roman dictator Julius Caesar, but shhhhhhhh. Let us have this beautiful and hilarious moment.) (Man. French is awesome.)

As fun as it was to watch Kourtney icily react to the DASH Dolls crashing her lunch with Not-leak Cheban, nothing could’ve topped the French/Caesar/Planet of the Apes scene. NOTHING.

Welp, my week is off to a great start. Thanks, French! And on that note, here is the music video for French Montana song "Julius Caesar":

I could be wrong, but I'm fairly confident "Julius Caesar" is not an ode to the rapper's pet monkey.