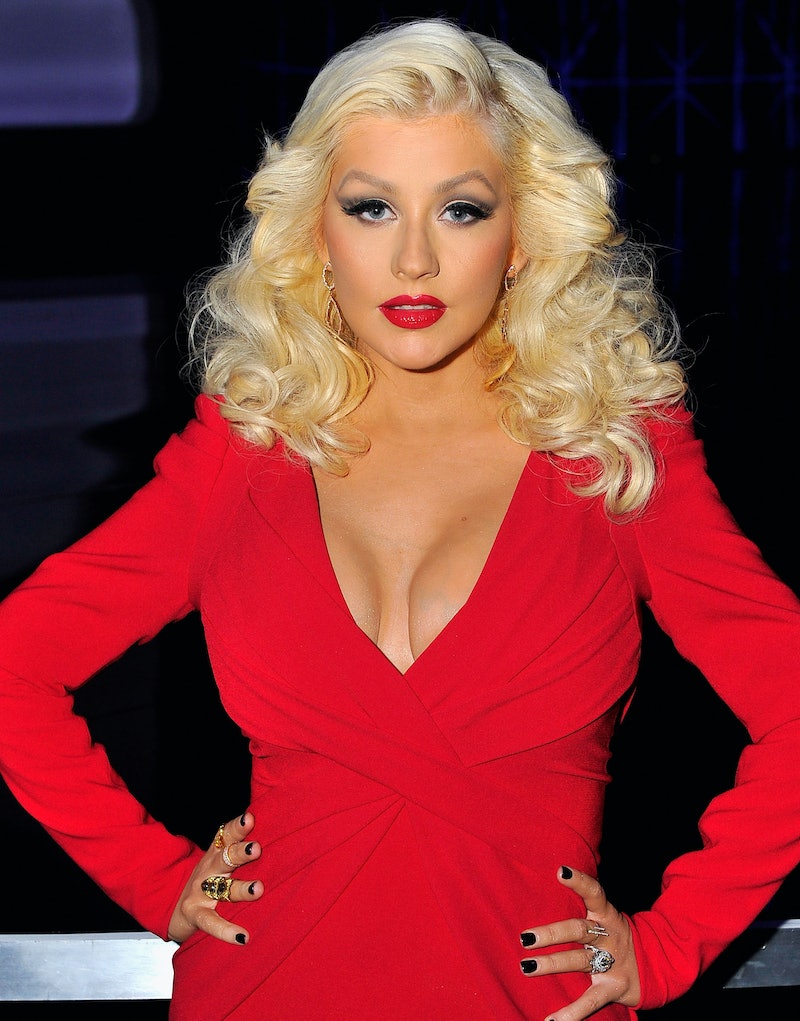 Who goes to the happiest place on Earth and where dreams come true to argue with the mouse that started it all? Xtina, apparently. Reportedly, Christina Aguilera visited Disneyland and called Mickey Mouse a not-so-nice word (an a--hole, to be exact). The singer and former Voice judge was visiting the theme park to celebrate her 34th birthday with friends and her fiancé Matt Rutler. While waiting with her friends to get a picture with Mickey, the group was told they had to wait until the mouse came back from his break.

Well, I guess Aguilera did not want to wait. Per TMZ, she allegedly exclaimed, "Do you know who I am?" If that isn't enough, her group of friends reportedly threatened Mickey. For real?!

This all reportedly caused the mouse to be "ushered to a safe zone" and then "security was called." Before park officials arrived, Aguilera and her Mickey Mouse haters were gone.

As anyone knows who's visited Disney, characters take breaks every so often (most likely the change-up of the person playing the character) and they return quickly to continue taking photos and signing autographs. So, if this is true, there was no need for her to throw a fit. It's not like she would have had to wait that long. Trust me, I know. I visit Disney World every summer.

Also, seeing as Aguilera is a former Mouseketeer from her days on The Mickey Mouse Club, I have a feeling Disney fanatics will boycott her music and future projects. You don't mess with avid Disney goers, especially when it comes to the iconic mouse.

With that said, Aguilera hasn't shown any indication of the supposed Mickey Mouse brawl on social media. She shared the following photo and caption reading, "Fun birthday celebration at the happiest place on earth."