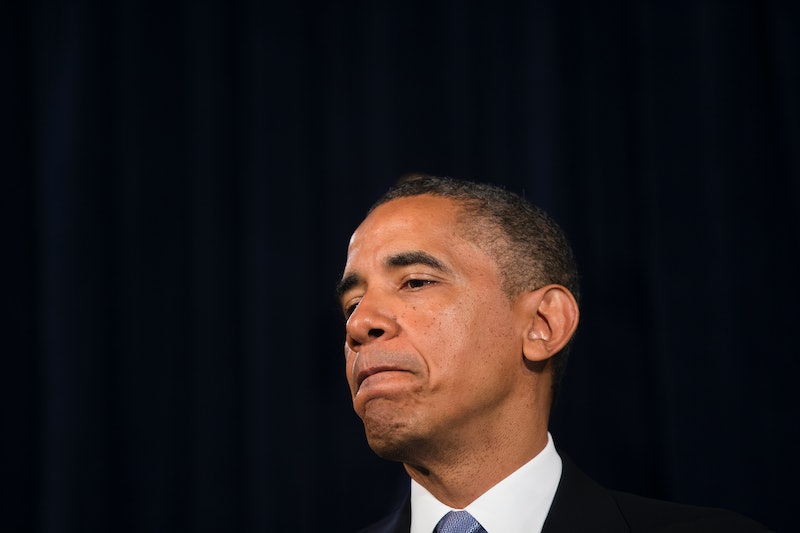 If the recent data request figures haven’t got you convinced surveillance is no big deal, then the President’s recent interview on Charlie Rose hopes to get you there. Here's a summary of President Obama's points: The NSA is good. Surveillance is necessary. He is not Dick Cheney. He’s not. He's not.

In the interview, which aired Monday, the president emphasized that the NSA’s programs have always been overseen by the government, stressing that this is what makes him different from the former Vice President.

“Some people say, ‘Well, you know, Obama was this raving liberal before. Now he’s, you know, Dick Cheney,'" Obama said. "My concern has always been not that we shouldn’t do intelligence gathering to prevent terrorism, but rather are we setting up a system of checks and balances.”

But when asked the necessary question of whether FISA had ever turned down any requests, the president stumbled, stating: “The—because—the—first of all, Charlie, the number of requests are surprisingly small… number one. Number two, folks don’t go with a query unless they’ve got a pretty good suspicion.”

You can watch a part of the interview here:

The President also reiterated previous statements made by the White House regarding the exclusion of Americans from the program, saying, “If you’re a U.S. person, then NSA is not listening to your phone calls and it’s not targeting your emails unless it’s getting an individualized court order.”

With regards to the Verizon leak, Obama said matching up metadata “for the government, under the program right now, to do that, it would be illegal.” So, while the amount of information the NSA is gathering does have the potential for great abuse, it would still, technically, be illegal to abuse it. Well, that makes it slightly better.

The President added: “If people are making judgments just based on these slides that have been leaked, they’re not getting the complete story.” Only issue with getting that whole picture? The complete story is top secret.