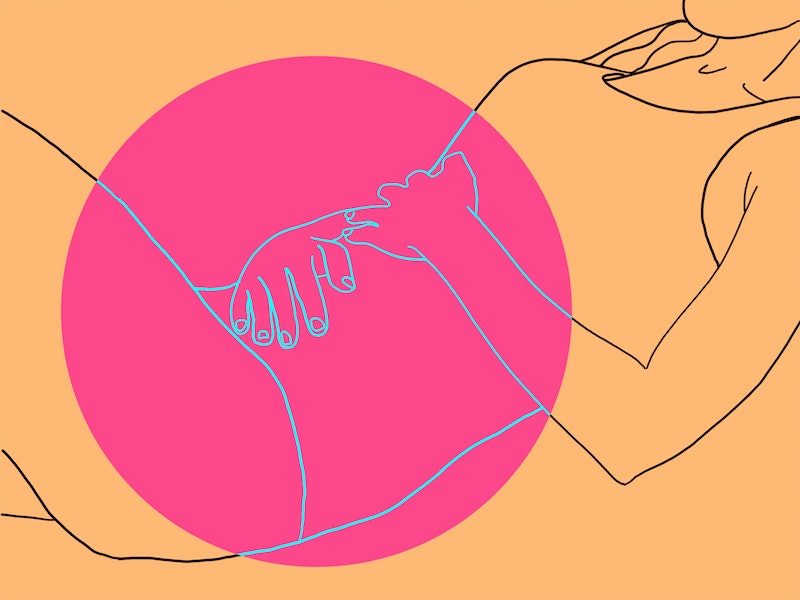 You know how on top of those lovely mood swings, fatigue, and pimples you get along with your period, you also feel way fatter than normal? New research has pinpointed why you feel fat on your period, and it’s not just because you’re bloated. This research could not have come at a better time for me, because this year the holidays and my period have coincided, which is obviously the best present I could have ever asked for.

Let’s remove ourselves from the holidays for a minute and pretend like we aren’t eating 10 times the amount of food we usually would. On a regular period, you might eat more than normal and you might gain a few pounds, or you might not, but either way you still feel huge. While previous researchers have suggested hormones might cause women to obsess about their bodies, this new study published in the International Journal of Eating Disorders says specifically the hormones released during your period make you feel guilty about what you’re eating, and the guilt is what brings on that self-loathing. It’s also important to note that even if you’re not actually gaining weight on your period, you are still susceptible to suffering those feelings. Do you hear that? You're gonna be OK!

To arrive at that conclusion, researchers sent out daily surveys to 352 women between the ages of 15 to 25 for 45 days. They asked them questions to track their weight preoccupation, negative feelings, and emotional eating. They also took saliva samples to track estradiol and progesterone, the two ovarian hormones. They found that as the participants entered the mid-luteal phase of their menstrual cycles — the time when a fertilized egg should implant upon conception, which has been proven to cause an increase in appetite even if you aren’t pregnant — they were more likely to emotionally eat. The emotional eating caused them to be more preoccupied with their weight, which caused the “FML I really shouldn’t have eaten that, ugh I hate myself” feeling (those were my words, not the scientists’, in case you couldn’t tell).

Obviously not every woman is going to eat more and feel crappy about herself every time of the month, but it does become more likely, so you can watch out for those feelings and try to keep them in check if you feel yourself going down Self Loathing Lane.

What’s more is that this pattern of eating-then-feeling-guilty is driven more by culture than biology. Kelly Klump, a coauthor of the study, admitted that if our society wasn’t so preoccupied with weight, women probably wouldn’t even feel guilty about overeating to begin with.

"To be honest, if we didn't have such a weight-focused, weight-obsessed culture, these natural changes in food intake across the menstrual cycle would not have these effects on women," Klump said.

WHAT?!?! WHAT’S THAT?! You mean to tell me having a society that is so focused on what a woman weighs is the culprit for making women feel guilty about what and how much they eat?!?! Color me shocked. In case you needed more examples of why we as a society need to leave women's bodies alone (and really, there is no reason you should need more examples), here's another one — I feel gross enough on my period without anyone's judgment of my eating habits, thank you very much. Now if you'll excuse me, I have three containers of holiday leftovers to eat, and I wish to do so in peace.