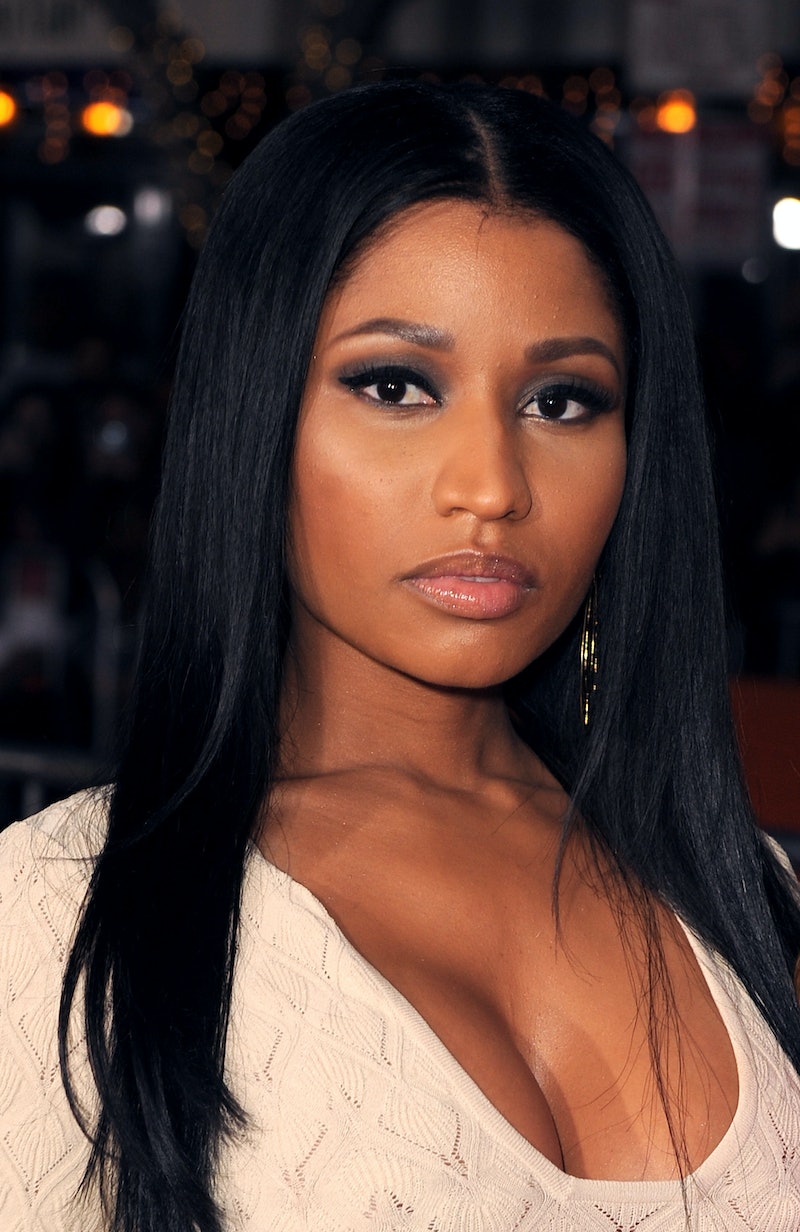 If we know anything about The Pinkprint singer, it's that she's not afraid to be honest. Well, Nicki Minaj is at it again. In an interview with Rolling Stone magazine, Nicki Minaj opens up about her abortion at 15 years old. News about Minaj's abortion first came to light when she released the song "All Things Go." She doesn't come right out and say "I had an abortion," but she alludes to it. The lyrics are as follows:

My child with Aaron, would've have been sixteen, any minute. So in some ways I feel like 'Caiah, is the both of them / It's like he's 'Caiah's little angel, looking over him.

These words definitely got Minaj even more attention than usual, because it's something we'd never heard from her before. Well, now, she is laying it out all on the table. When she was a young girl attending LaGuardia performing arts high school in New York City, Minaj fell for an older guy from Queens (who I presume is the Aaron she refers to above). She tells the magazine, "I thought I was going to die," after learning she was pregnant.

Minaj decided to have an abortion, but it wasn't an easy choice for the singer: "I was a teenager. It was the hardest thing I'd ever gone through." It was something that has "haunted [her] all [her] life." However, Minaj considers it the right choice. She bravely says, "It'd be contradictory if I said I wasn't pro-choice. I wasn't ready. I didn't have anything to offer a child."

Before "All Things Go," Minaj actually rapped about her abortion on a mixtape track titled "Autobiography," but she "didn't expect anyone to hear" it. Now, it's out in the open. How does she feel about that? The rapper realizes not everyone will be happy with her declaration, because "people find an issue with every [freaking] thing." Isn't that the truth?

In past interviews, she has talked about wanting a family and said she will not have a child out of wedlock. She told Complex magazine,

I definitely will be married before I have my baby. I want to make sure I do it in that order. I’ve always felt like that since I was young; my mother always put that in my head. By the fifth album, I will have walked down the aisle and I will at least be on baby number one, possibly baby number two.

Some might find the fact that she got pregnant at a young age and her not wanting to have a child without being married contradictory, but I don't think that's the case at all. I think Minaj is looking at her past as a learning experience. It's something that has shaped her into the woman she is today and has influenced her. Whose past decisions haven't impacted their life in some way, shape, or form?

Based on this interview and her being completely honest about her abortion, Minaj is someone who should be admired and not disgraced. I say this, because I'm sure fans, critics, and others are judging and bashing her, especially if they don't agree with her choice. I'm not saying you have to wholeheartedly agree with her decision, but before you immediately rip her to shreds, put yourself in her shoes.

Abortion is not considered dinner conversation nor is it discussed without controversy. As we all know, you either stand on the side of pro-choice or pro-life. Me? I'm 100 percent pro-choice. Women should absolutely have the right to do whatever they see fit with their bodies, even if that means terminating a pregnancy. Thanks to brave women like Minaj, we have another woman to look up to who is lending her voice to an important cause.