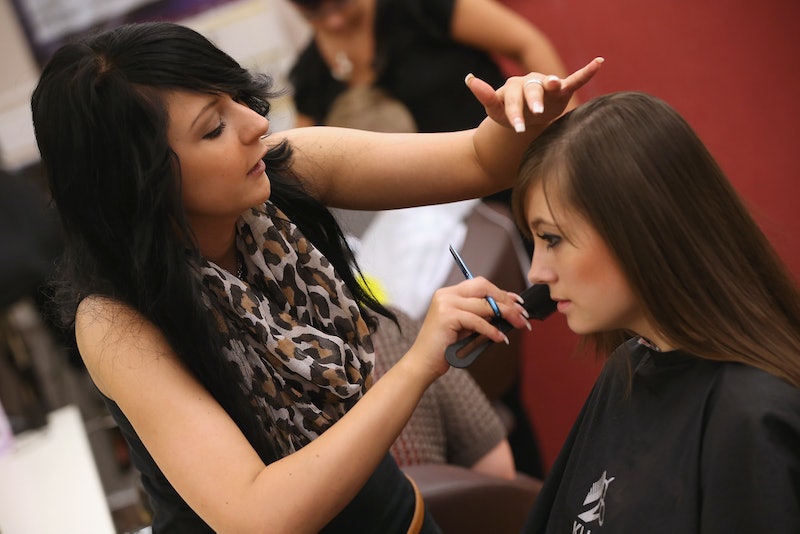 Pretty much all the choices you can make after a breakup fall into one of two categories: the choice to "be" or to "do." Allowing yourself to simply “be” after a breakup is pretty tough. Who wants to sit around being sad or mad all the time? Not me — and probably not you either. Most people despise the feeling of discomfort and will do pretty much anything to make it go away.

That’s why “doing” can be so tempting for the heartbroken. It’s easy to think that if you do the right thing — or enough right things — things will start to get better. Some folks want to appear like they have it all together. Others feel so out-of-control that they're desperate to try anything that helps them make sense of the world again. And of course, many of us can appreciate a nice distraction, especially when life is hard.

Well, as a professional breakup coach, I’m here to tell you that if the pain of your breakup is substantial, you’ll probably have to deal with it eventually no matter what. I’m not saying you shouldn’t keep busy so you don’t accidentally contact your ex or spend 72 consecutive hours on the couch eating Ben & Jerry’s. No, what I’m talking about is trying to do anything and everything not to acknowledge with the pain of your recent split.

Simply put, “doing” without “being” probably won’t result in the healing you’re longing for. Neither will distraction, control, or smiling for the sake of seeming okay.

That said, here are five things not to do after a breakup — because none of them will leave much room for “being” if you do.

Unless your split was unusually amicable, you’re probably not okay. And you know what? That’s okay! Most people have gone through a breakup before and know how hard it can be. They don’t expect you to bounce right back — and there’s no need for you to either. Usually it takes time and healthy decisions on how to spend that time to get over someone you really love. Lying to yourself won’t change that.

Instead: Be honest with yourself about how you’re feeling. Honesty is often the best policy, even when the truth hurts. Beside, if breakups were supposed to feel good, they’d probably be called something else. So let yourself feel uncomfortable every so often, knowing that feelings don’t last forever, but hard lessons learned usually do.

2. Move Across The World ... Or Even Just the Country.

I liked Eat, Pray, Love just as much as the next girl, but chances are if you’re a normal person, you have responsibilities to tend to. Yes, it sounded wonderful in the book, but you probably can’t quit your job and break your lease so you can meditate in Bali for half a year.

And even if you could, times of extreme pain usually aren’t the best for making impulsive decisions. So even though it may be enticing, don’t run away from your life by trying to create a new one you might not be ready for.

Instead: Be present with a friend who lives in a different place for a week. Or plan a short trip to a city you’ve never been before. Trips have a great way of reminding us that the world is infinite and has so much to offer. This is a great reminder to have when you're feeling limited by a bad breakup. If you need a change in scenery, don’t underestimate the power of a short vacation.

3. Pull a Britney and Shave Your Head.

Personal story: When I was 25 I ended a very serious relationship. This was also the same year I got five tattoos. Yes, that’s right. Five. I really should have stopped at four.

It’s normal to not be in your right mind shortly after a breakup. Knowing this, do your body and bank account a favor and chill. Also, maybe hold off on getting a tattoo and maxing out your credit card with a shopping spree, especially if you’re feeling a bit hysterical. A fresh look can be just as easily achieved with a few highlights.

Instead: Be kind to your body if you’re feeling insecure lately. Move it, wax it, lotion it. Get a massage and feed it good things. You might regret a tattoo, but you’ll never regret some good, old-fashioned pampering. You deserve to feel pretty, so treat yourself.

Contacting your ex immediately after a breakup is a huge no-no, so don’t even go there. I know you’re curious what he or she is up to, but honestly, you might not want to know. You need to be moving forward; reaching out to your ex will only keep you in the same place, wondering why they won’t answer you back.

Instead: Be brave enough to let yourself feel lonely sometimes. Set healthy boundaries for yourself when it comes to talking to your ex — and stick to them! Call a friend, read a book, or take a nap — fill the void by tending to you, not your ex.

5. Look For Love in the Wrong Places.

Ahh … the rebound. I guess they sometimes work, though those instances are probably exceptions to the rule. So although who you hook up with is no one else’s business but your own, try to remember that desperation is often an antidote to connection. Some folks are fine with that, but many aren’t. Know where you stand.

Instead: Be vulnerable with lovely folks who are already in your corner. Lean on them and tell them what’s going on in your life. Thank them when they offer you support. If your friends aren’t enough to help you through this, consider reaching out to a therapist or breakup coach (ahem). If your leg was broken, you’d seek medical attention. There’s no shame in treating your heart the same way.

More like this
The Best Time To Date After A Breakup, According To Experts
By Bustle Editors
Scotland's First Period Dignity Officer Is... A Man?
By Darshita Goyal
Why Experts Say Sleeping With A Fan On Isn’t Totally Risk-Free
By Sophie McEvoy
Designers Cringe Whenever They See These Things In Homes
By Rebecca Martinson
Get Even More From Bustle — Sign Up For The Newsletter