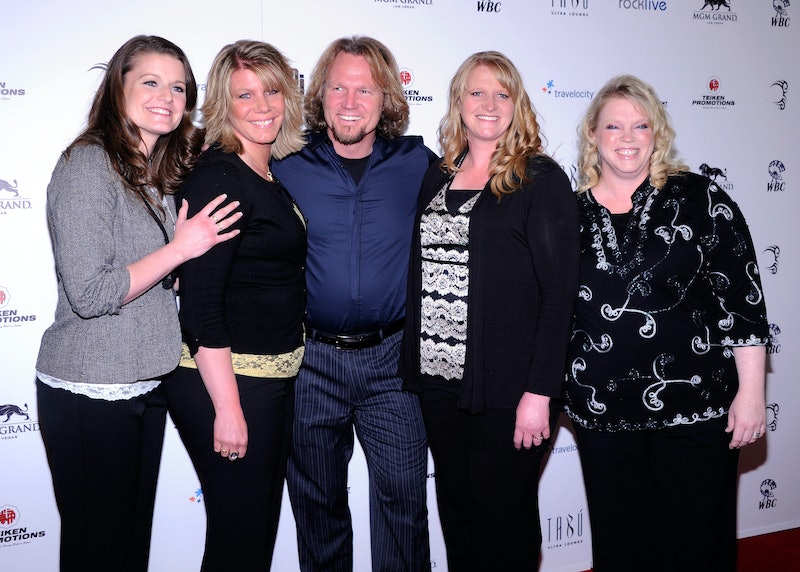 As a true TLC reality show enthusiast, nothing thrills me more than the fact that the network is now broadcasting multiple shows about polygamist families. Not because I'm personally into the lifestyle or anything, since as an inherently jealous person, I would never be able to share my husband with anyone. In fact, I can barely handle when my boyfriend gives the dog more attention than me. But now that My Five Wives and Sister Wives are both around, I'm perfectly content to learn about a lifestyle that is so opposite from my own. And obviously, the existence of these shows begs a single, very important question: Are the Williams and the Browns friends?

Unfortunately, according to all of my research — including intense stalking that required diving deep into the bowels of Instagram — it doesn't seem like they are. In fact, I don't think the two families have ever met. It's kind of surprising when you think about it. They live similar lives and both spent much of their time in polygamist communities near Salt Lake City, Utah, even though the Browns now live in Las Vegas. It would be almost more difficult for them to have not crossed paths, right? But it seems like it just wasn't meant to be.

And frankly, I think there's a missed opportunity here. The Browns and the Williams would make excellent friends. Not only do both families suffer from problems that very few other people would understand (like the triumphs and tribulations of raising a brood of children in the double digits, for example), but they seem to have a lot in common. Neither family is in agreement with the beliefs of the church their family originated in, and have struggled to break free of that community. They've both also experienced the same fears of being arrested for their lifestyles and have been very careful to protect them.

I just want TLC to think about this for a second: How awesome would a My Five Wives and Sister Wives crossover be? The Browns can invite the Williams over for a weekend to stay at their sweet new pads in the cul de sac, and they can take on the Vegas strip and then hit the backyard for a massive barbecue that will inevitably end with Kody turning it into a recommitment ceremony, complete with a unity candle and a poem about how much his family loves him.

I can see it now: Brady and Kody commiserating in lawn chairs about making enough time in their schedule for their many wives as the gals get together and trash their husbands. It would be the best episode in both series' history.