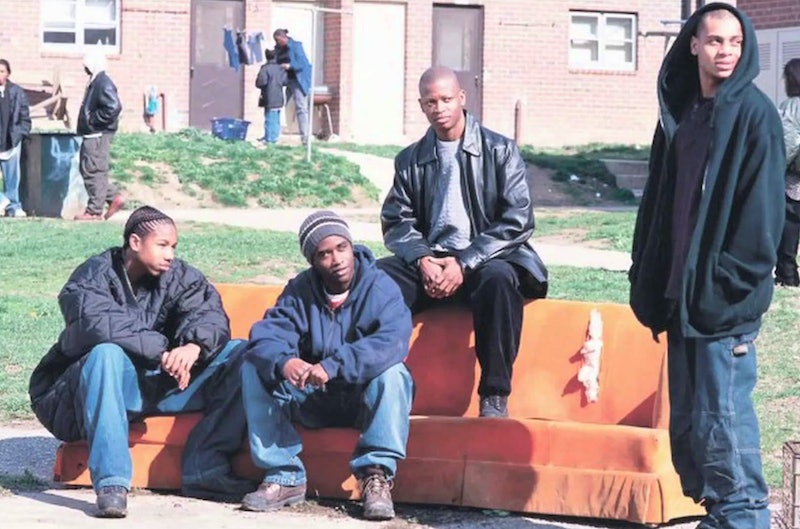 This past Christmas, HBO re-released the all seasons of The Wire remastered in 16x9 full-frame HD, and in case you've come up for air since then, you might want to check out these incredible pictures of locations from The Wire as they are today. Baltimore Sun crime reported Justin Fenton took Twitter users requests and shot street scenes in Baltimore today from iconic scenes in The Wire. The results are as breathtakingly unchanged as you'd imagine. Set against screen caps from the original series, the photos of Baltimore today tell a story not dissimilar to The Wire, giving a bleak view of life in the east coast city.

If it weren't for the clear blue skies in Fenton's photos, it might be difficult to see the beauty in these scenes. But as in The Wire, Fenton's photos, despite the rundown buildings and trash-lined streets, have a glimmer of hopefulness to them. Even though now, sixteen years after the series initially aired, Baltimore (at least judging by these photos, which obviously show a mere sliver of the entire city) appears to be in the same state as portrayed in The Wire back in the early and mid '00s, there are small but important differences present—and perhaps Fenton's haunting photos will draw attention to where society, both in Baltimore and elsewhere, needs to focus on making changes.

Nevertheless, the positive changes we can see in these pictures are encouraging; In the first photo, from Greenmount, where a once-drab street is now covered in vibrant art, and where ugly iron gates are now finished wood. Or the second photo, in which Bodie's corner is now home to Baltimore's Design School. Changes like these can make us happy about the improvements being made, and hopeful for parts of the city still in need of some caring attention.