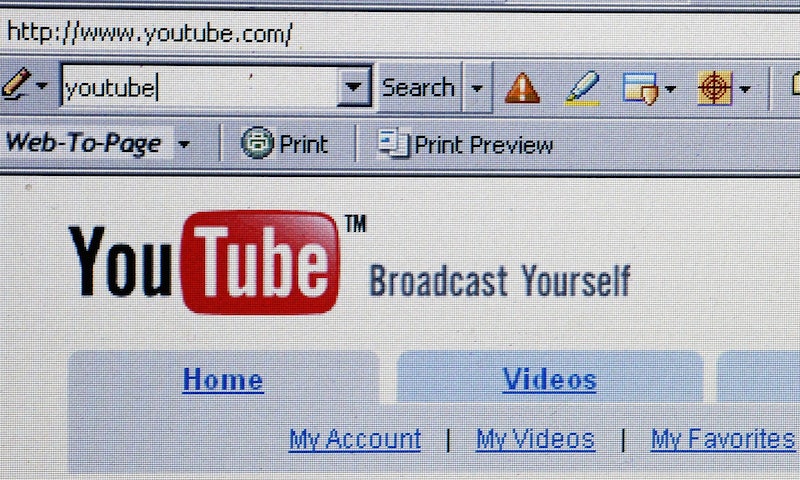 If your annoying co-worker in the cubicle next door to you ever complains that all you do at work is watch funny cat videos, just point them towards this little tidbit: According to a new study from the Pew Research Center, the Internet does not, in fact, distract us from our jobs. In fact, in a lot of cases, it’s actually making us better at them. How ‘bout them apples, cubicle buddy?

Here’s the deal: The Pew Center based their analysis on data gathered via a survey of 1,066 adult Internet users conducted in the U.S. between September 12 and 18, 2014. 535 of the adults (by which we mean people 18 years of age or other) were either full- or part-time employees; accordingly, the analysis focused on these respondents. The Pew Center is careful to note that these working adults “skew slightly male” and are likely to be in 30-to-59 age range — and, perhaps most importantly, make up a pretty tiny sample size.

That said, though, the results are still interesting. The whole report is worth reading, but if you’re pressed for time, here’s what I found to be the most fascinating bit: Contrary to popular belief, access to the Internet at work does not cause employees to do nothing but watch cat videos all day. A whopping 92 percent of working adults reported that the Internet hasn’t negatively impacted their productivity on the job; indeed, 46 percent said that the Internet had no impact at all on their productivity, while another 46 percent said it actually made them more productive. Only seven percent reported that they thought it made them less productive.

This finding makes a lot of sense when you think about it. True, the Internet in general and email in particular are going to be a big part of a lot of jobs these days — especially office-based ones — but also consider that we do, y’know, need breaks every so often. Fast Company ran a terrific piece back in September that pulled together data gathered from a whole bunch of different studies, ultimately giving us one of the clearest pictures of exactly how much we should (and shouldn’t ) work every day in order to reach our maximum productivity levels; I highly suggest reading the whole thing, but generally it comes down to this: Take a 17-minute break for every 52 minutes of work you do. Ideally those 17 minutes should be spent away from the computer — but taking a few minutes to derp around on Reddit or whatever every so often still goes a long way toward keeping you from running on empty. Our brains simply weren’t meant to work for eight or nine (or 10, or 11, or…) straight hours every day, and trying to make them do it will actually make you less productive in the long run.

Of course, it’s probably also worth remarking that surveys like this one depend on people self-reporting their own behavior; we all like to paint ourselves in a more positive light than we probably come across naturally, so it’s possible that these results aren’t are a little skewed. I’m actually inclined to think the best of the respondents, though (and, by extension, the rest of us) — I feel like we’d be hearing about a lot more people getting fired for lack of productivity than we are if everyone was lying that much.

And hey, guess what? If you want to spend even more time on the Internet, you could also always just go into a field that actually requires you to dig around on it for interesting stuff to share. Not going to lie: It’s a pretty awesome gig to have. Win!