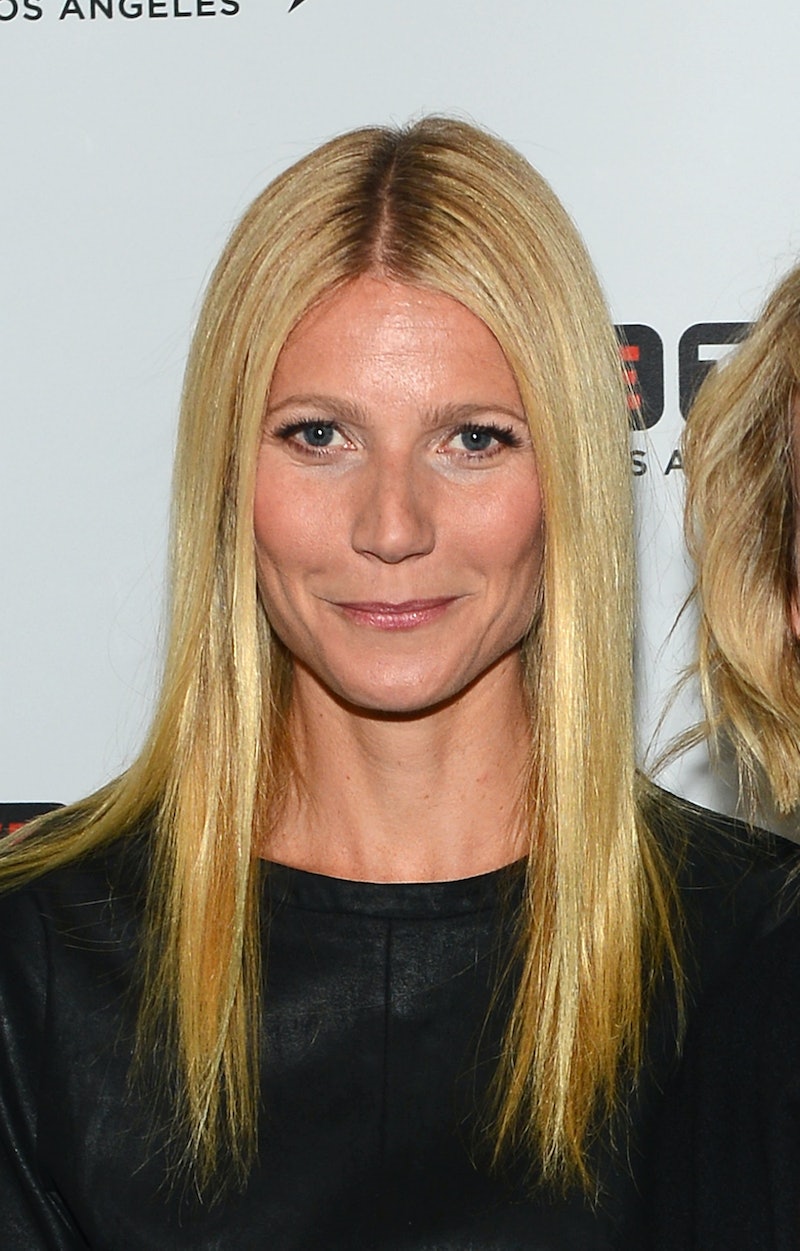 When Gwyneth Paltrow and Chris Martin "consciously uncoupled" in the GOOP statement heard 'round the world, the Internet ran amok with yet another confirmation of Paltrow's famous pretentiousness. Recently, Gwyneth Paltrow spoke about her divorce from Chris Martin and the natural doubts that arise when one is faced with a major life decision. And, believe it or not, she actually sounded far less pretentious than usual and said some refreshingly honest things.

Paltrow covers the January 2015 issue of Elle UK. In the accompanying profile, she opens up about the ambivalence of going through a divorce. As you probably know, Martin and Paltrow announced their split in March. After they split, Paltrow had some occasional doubts about whether or not she had made the right decision, as she tells the magazine:

It’s painful, it’s difficult, it might be easier to say, "I never want to see you again," but what good does that do anyone? We’ve made a lot of mistakes, and we’ve had good days and bad days, but I have to say, I’m proud of us for working through so much stuff together — and not blaming and shaming. Of course, there are times when I think it would have been better if we had stayed married, which is always what your children want. But we have been able to solidify this friendship, so that we’re really close.

See the key phrase: "there are times." I mean, there are times when I think of changing my name to Helen and moving to the South Pole, but you don't see me doing it, do you? Paltrow asking herself "what if" doesn't mean that she's pining or lamenting the breakup. She's just entertaining a totally understandable question that accompanies a difficult choice that has life-changing implications.

Although some people will indubitably roll their eyes at anything that comes out of Paltrow's Nars-stained lips, she sounds like she has a pretty good handle on this mature breakup thing. Even in the most civil of cases — as Paltrow and Martin's divorce has been thus far — there's a great deal of painful ambivalence. After all, the transition between being married to someone and suddenly un-married is a shocking one. Naturally, it will be accompanied by a bit of doubt, and it's nice to hear Paltrow be so up front about that.

Sure, the "conscious uncoupling" GOOP soliloquy was old-school Paltrow bananas, and, in general, Paltrow's non-privilege-checking ways and borderline macrobiotic masochism are kinda the worst. But without the famous friend name-dropping, she actually sounds like a person who knows herself well and wants the best for her family.