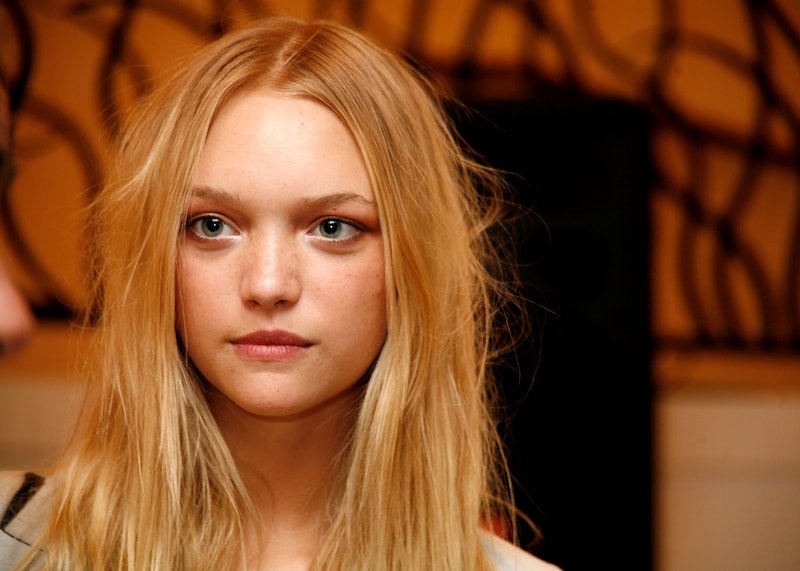 Gemma Ward was everywhere in the early-to-mid 00's, which was exactly around the time when I discovered Vogue, making her one of the earliest mega-models to leave an impression on me. She "retired" from modeling in 2009 only to reappear during New York Fashion Week, to the delight of many. Now, Gemma Ward is in Prada's latest ad campaign, proving that she's officially back with a vengeance.

According to Fashionista, industry insiders have speculated about a possible Gemma-fronted Prada campaign ever since she opened the label's Spring 2015 runway presentation. The first image of the Steven Miesel-shot campaign has officially hit the web, proving those rumors were well-founded. Word on the street is that "Ward will star alongside Ine Neefs and one more yet-to-be-named model." Something tells me all eyes will be on Gemma in 2015.

I find most fashion ads to be a huge snooze-fest, but I'm pretty jazzed about this one. The first image, shot in black and white, is so spot-on, featuring the 27-year-old Ward in a patchwork dress with damp-looking hair staring out at the viewer with her trademark giant eyes. It's clear that her five years away from the industry haven't marred Gemma Ward's modeling skills one bit. She looks incredible and I can't wait to see the rest of this campaign.

It's good to have you back, Gemma!