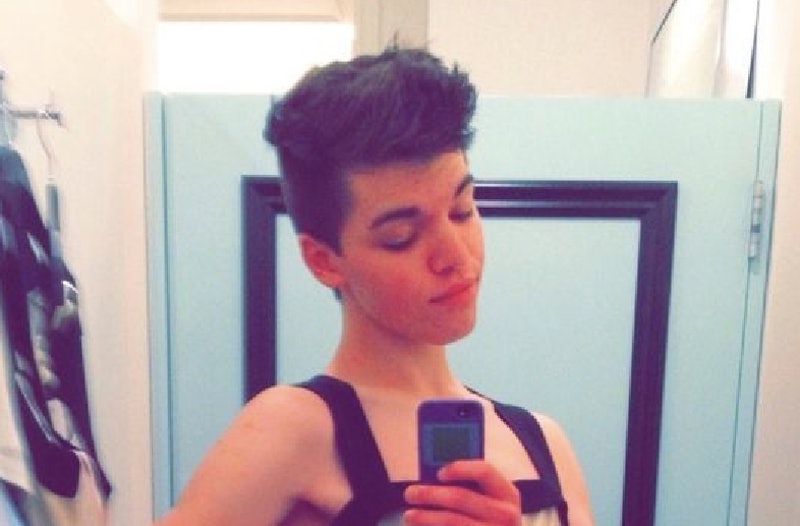 I first read the name of Leelah Alcorn, a transgender teen who committed suicide this week, while waiting to board a plane. I had just spent Christmas with my parents for the first time in years — for the first time since I came out as transgender. They were supportive, loving, and accepting, just as any parent should be. Unfortunately, so many transgender people like me do not get to experience such support. That is something that Leelah will never experience, after her parents' and her communities' lack of acceptance drove her to suicide.

We hear the statistics often. 41 percent of transgender people attempt suicide at some time during their lives, and that figure is higher for younger trans people. For trans people who are kicked out of their homes, that figure skyrockets to 69 percent. These "exceptionally high" numbers are sobering, but they are just numbers. They don't tell the heartbreaking stories of individuals trying to fit into a society that refuses to accept them on their own terms. They don't tell the story of children disowned by their parents, parents who would rather impose identities on them than allow them to flourish and cultivate their own. They are numbers. Leelah is the face of those numbers.

Leelah's story, which she documented on her now-taken-down blog, was one of parents who refused to accept her identity, one of isolation and refuge in social media, one of secrecy and strength, and ultimately, tragedy — and it was not an uncommon tale. As privileged as I am to have a loving family, before I knew what their reaction to my coming out would be, I feared it. I feared it because I did not want what happened to Leelah to happen to me. I did not want the people that I loved to deny who I was. I was an 24-year-old adult when I came out as transgender — Leelah was a teenage girl who had yet to step out into the world.

Let's be clear. Attempting to force transgender people to renounce our identities, or to hide them, or to make do with the identities imposed on us, does not work. For all the handwringing that people engage in at the mere thought of young people being put on entirely reversible puberty blockers to give them time and comfort to consider if transition is right for them, so many more children are denied that possibility by parents or a society that is unwilling to view their growth as anything but an illness that needs to be treated. In my opinion, denying children the possibility to flourish and become who they want to be is a form of abuse.

For all of the progress we made with regard to transgender rights in 2014, Leelah's story reminds us of just how far we have to go as individuals and as a society. When transgender children see suicide as their only option to escape the walls of a society that restricts them from being who they are, when we insist on imposing roles and expectations on children based solely on their anatomy at birth, when even in death those children are still misrepresented and denied a voice, we have a serious problem as a society

Leelah's death means a lot to so many. To those who might be in her shoes, you may feel the same desperation or lack of options — but I hope and pray that this outpouring of support eases those feelings. There are people that will love you and accept you as you are. I am living proof. To parents, it should be a wake up call to accept your children as they are and an opportunity to practice unconditional love. For friends of transgender people, it should be a reminder to let them know that you love them. For everyone else, it's a reminder that transgender people exist, and that our struggle is real even if you don't realize what we are going through. If you don't, start paying attention.

For me, as a trans woman and an individual who writes about trans issues, someone whose voice is respected and who has the privilege of a platform for my voice, this death spurs in me a resolution to step it up and to do even more to help those who feel like Leelah did. It's a reminder of how privileged I am to have the acceptance that I do every day. It's evidence to me that our world still fails to see that transgender individuals can become self-actualized, inspirational role models if they are given the chance. And perhaps I can be one of those role models.

It hurts knowing that the Christmas I spent with a loving family who understood and respected me is something that she will never have.

Leelah's final wish was for us to fix society. She wanted gender identity and transgender issues taught in schools. She wanted her belongings sold to further transgender rights. In her final act, she turned the mirror towards us; towards our society. It's my hope that we heed her words and answer her call so that not one more child ever feels the need to take their own life because they feel like they can't live as their true selves. It's my hope that her memory will live on in the hearts of everyone striving to make this world a more accepting place.

Her name was Leelah. Don't forget it.