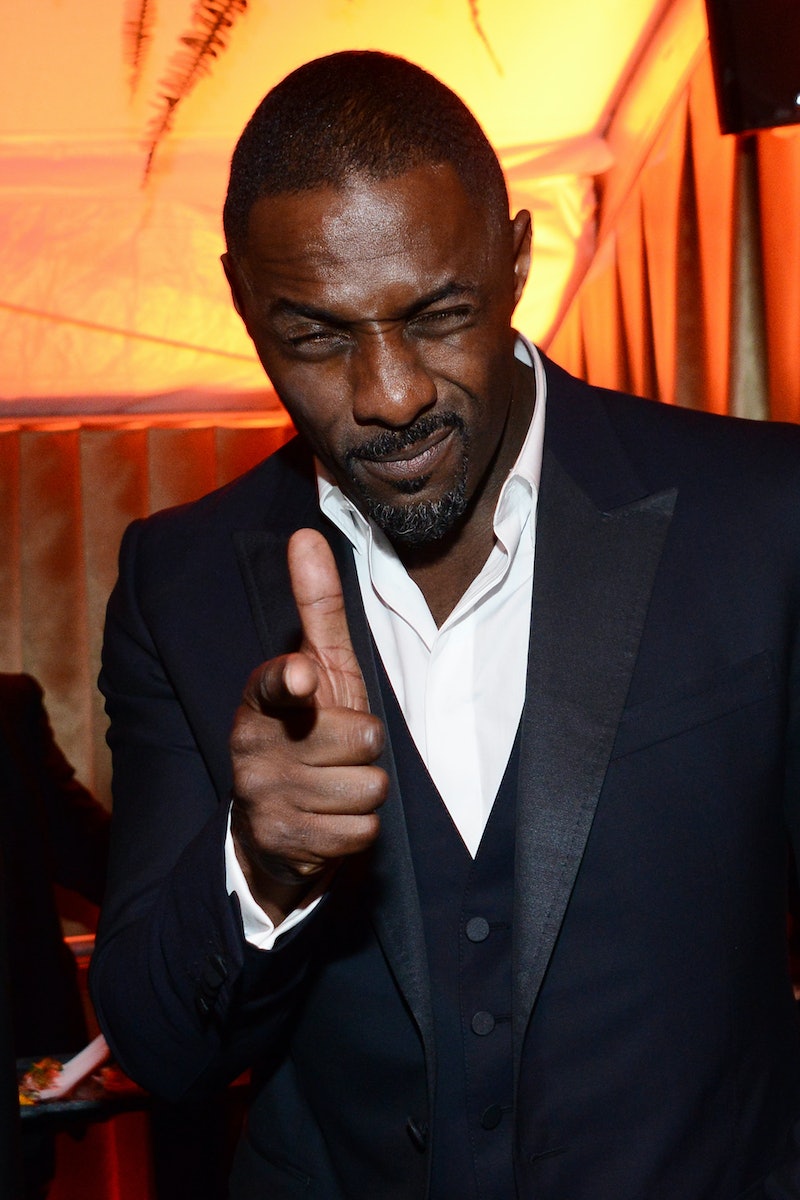 For some reason, the debate surrounding whether or not Idris Elba would be ideal to portray the legendary character of James Bond after Daniel Craig leaves the role is still ongoing, despite the fact that Elba is totally perfect for the role and wants to take it on as well. Seriously, hasn't everyone seen this guy in Luther ? Dude can act. For every naysayer listing off (deeply offensive) reasons why Elba shouldn't be Bond, though, there seem to be about two supporters of the possibility: From Sony Pictures Entertainment co-chairman Amy Pascal to even Yeezus himself. That's right — according to a new interview with UK's The Sun, Kanye West fully endorsed Idris Elba as the next James Bond, citing Elba's immense talent and ability to be a visionary.

The quote, in full:

I know Idris a little bit and he is a big talent. The movies he has been making are special, and when the role for James Bond comes up it needs to be his. James Bond is a role made for British actors and you won’t find a British actor who has the talent of Idris. To be honest you won’t find many anywhere who have his talent. [...] Artists should be visionaries. A black James Bond would be visionary no doubt. Something that 30 years ago would have seemed crazy should now be something that is a real possibility.

Honestly, how is this debate still going on now? Yeezus has spoken — Elba himself has spoken! Shouldn't that be enough?

And West really does have a point: Shouldn't a legendary character be cast based on the talent and ability of the actor, and not based on something like the actor's race? Hollywood doesn't have a history of shying away from casting white actors in roles that are meant to be portrayed by actors of a different skin color and race — in fact, it's a huge issue in Hollywood, still. Casting Elba as Bond could not only be visionary, but it could also make some great steps to address this problem in Hollywood.

More like this
Kanye Allegedly Showed Explicit Photos & Videos Of Kim K To Yeezy Employees
By Radhika Menon
Julia Fox Says She Dated Kanye To “Distract Him” So He’d Leave Kim K Alone
By Jake Viswanath
Kim K Is Putting Kanye’s Memorabilia — Like Grammys & Clothes — In A Vault
By Jake Viswanath
The 'Love, Lizzo' Harry Styles Scene Is Just 1 Moment That Made Fans Feel Seen
By Brad Witter
Get Even More From Bustle — Sign Up For The Newsletter