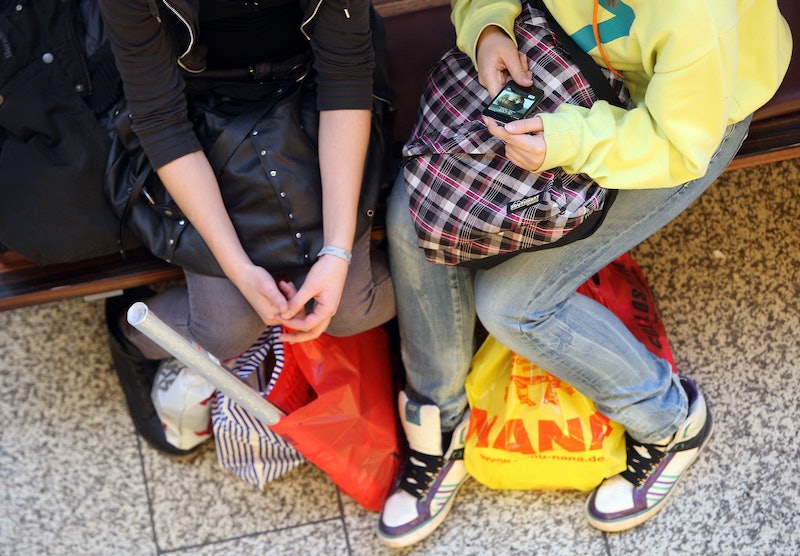 When one is a teenager, escaping the house to explore the sartorial promise of the mall is the ultimate expression of freedom. However, teen-instigated mall fights spurred by social media coverage have resulted in a less-than-pleasant outcome for "Generation Like:" an under-18 curfew at the mall, reports Footwear News.

As a 14-year-old I was discouraged from spending weekends at certain larger retail centers in my region by my parents, and I saw the decision as a thoughtful but unnecessary safety measure. Considering the slew of over eight physical disputes which have plagued malls from Sacramento to Memphis on the weekend of the 28 and 29 of December, I'm retroactively thankful that my parents anticipated such disputes. And the nation was under the impression that Black Friday was the day to avoid all retail activity! Allied Barton Security Services Vice President Bud Bradley cited tension resulting from the Michael Brown and Eric Garner legal proceedings as additional fuel for quarrels, but surprisingly noted that malls are never without conflict:

Malls are crazy places on weekends in general; there are always fights. Obviously, it being the holidays, these drew a lot more attention.

Startlingly enough, many of these physical altercations are started by teens. The behavior is further complicated by Generation Like's imperative to share everything instantly via social media platforms like Twitter or Instagram, resulting in larger struggles with more documenting bystanders. One such circumstance created a group of around 1,000 youths at one overpacked fight scene at Monroeville Mall in Pittsburgh. Add to the inconvenience and temporary damage the fact that teens don't contribute significantly to mall revenue, and you have a recipe for shopping prohibitions on the younger generation.

Mall executives are now in discussion about how to curtail such behavior, and stringent regulations may be part of the solution. In addition to curfews, approximately 70 malls of 1,200 in the country have instituted rules by which minors must have an escort who is 21 years of age or older after 4 pm or 5 pm. If these mass hysteria-provoked teen fights continue, the coming years may create a generation who simply can't understand the lyrics to Robin Sparkles' "Let's Go To The Mall". But truly, who really needs jelly bracelets and a graffiti coat? Perhaps the teens of 2020 will spend their off duty hours whispering in the library instead of hanging about their favorite boutiques, but only time will tell.