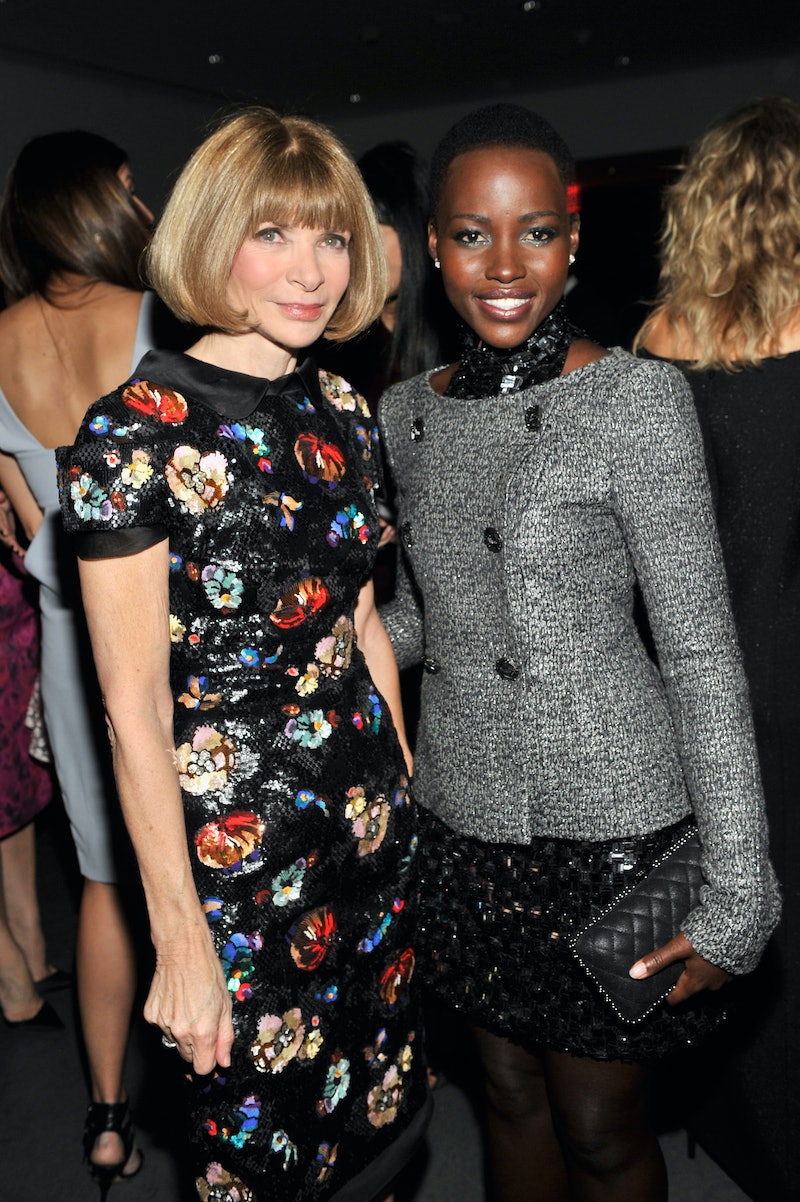 Overall, 2014 wasn't a great year for models and celebrities of color on magazine covers — of 611 issues across 44 major print publications, only 119 featured non-white subjects on the front. Even though that number is startling, it's not all bad news. Vogue featured four people of color on its covers this year, which is double the number they had in 2013 and 2012 and quadruple the number in 2011 and 2010. A step in the right direction? Absolutely.

Vogue is one of the most famous and influential publications in the magazine industry, so its movement to include more diverse cover subjects could be a motivator for other glossies to do the same. Rihanna, Kanye West, Lupita Nyong'o, and Joan Smalls were featured on covers this year. In 2013, Michelle Obama and Beyoncé landed on the front of the fashion magazine, and in 2012, Rihanna and Serena Williams (who shared her cover with fellow Olympians Hope Solo and Ryan Lochte) were chosen. 2011 and 2010 had Rihanna and Halle Berry on covers, respectively.

It's worth noting that two of this year's cover stars of color were in group images — Kanye West famously posed with Kim Kardashian and Joan Smalls covered the September issue with fellow models Cara Delevingne and Karlie Kloss — but nonetheless, the increase is encouraging.