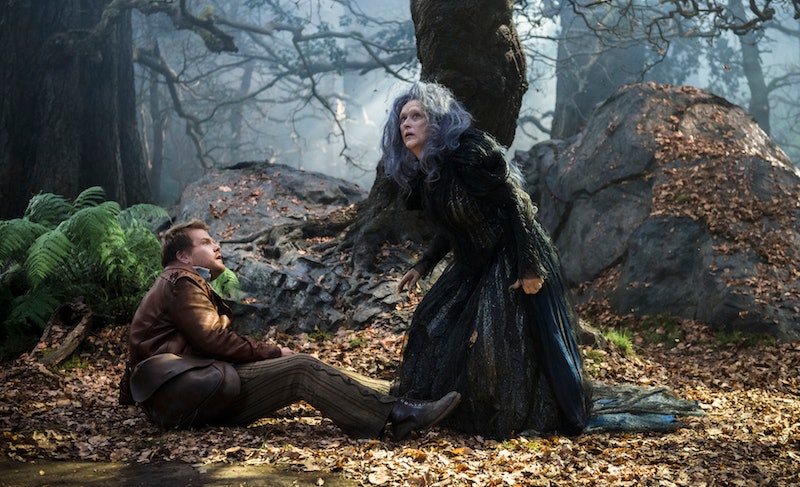 I am sure not all musical theater nerds are in the same boat on this, but I am all for adapting stage musicals for the screen. Growing up I didn't have much access to live theater — it's expensive relative to turning on the TV — so my love for musicals was born from filmed versions, film adaptations, soundtracks, and (eventually) Youtube videos. So the fact that Into the Woods is doing well both critically and in the box office brings me a lot of joy. It means a whole lot more kids and adults alike are being exposed to the wonders of James Lapine and Stephen Sondheim's iconic musical. And Into the Woods' current success — nay, its mere presence — can teach musical theater nerds like myself a lot about patience in waiting for our favorite shows to come to the big screen. Into the Woods, after all, started its long march to movie theaters over two decades ago.

The stage version of the musical made its Broadway debut in 1987, and as a new Into the Woods featurette viewable at Deadline points out, the film version has been in the works for a whiiiile. The first feature script was penned by Lowell Ganz and Babaloo Mandel in 1991 when the Jim Henson company showed interest in a version of the musical that mixed live-action with the company's trademark creatures. Lion King director Bob Mikoff was attached to direct that one and, later, when the project was resurrected with Meg Ryan, Billy Crystal, and Susan Sarandon in talks to star in 1997.

And then things went quiet on the Into the Woods front. As box office record shows, a big screen adaptation didn't actually happen until Rob Marshall's recently released version in December 2014, 17 years later.

There are plenty of notable musicals that haven't made it to the big screen yet. In the Heights , one of my personal favorites, seems stalled, for instance; Wicked 's rumored every few years but never confirmed. Even just looking at Sondheim's works, there are tons of opportunities there that have never been taken.

The musical theater world is one rife with possibility for adaptation. But Into the Woods is a good reminder that sometimes Hollywood takes its sweet time actually getting something done. Sometimes it's worth the wait, and sometimes it's not — but with the success of Into the Woods you can bet more studios will be vying to move forward with musical features, and that Rob Marshall's phone will be ringing off the hook.