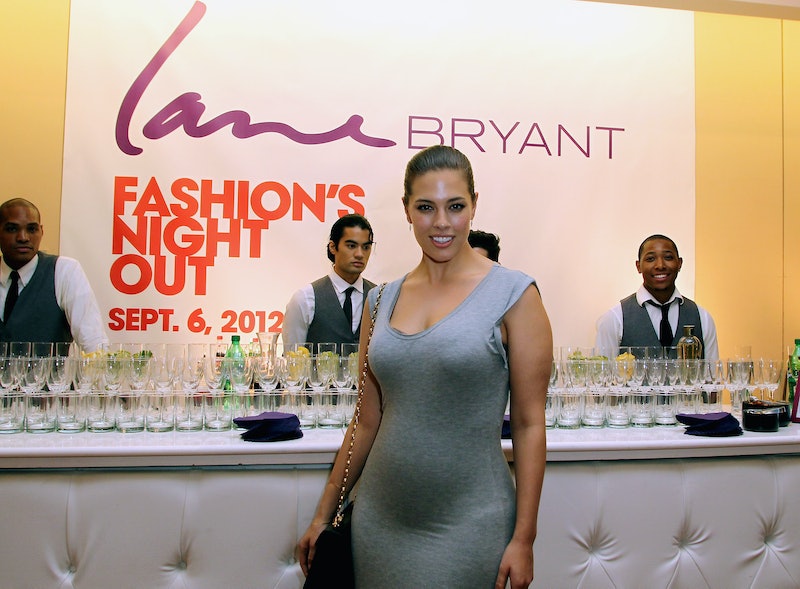 Without a doubt, my favorite person to follow on Instagram is Ashley Graham. It's true, I also follow all of the models that everyone else does. You know — Kendall and Gigi and Giselle. They're all great too, of course. But without a doubt, Graham is still my favorite by far. She posts the same, day-to-day, fashion-filled model photos that you would expect, but does it all while being a plus-sized model. By now, most of us know that all plus-sized means is being closer to the size of an average woman, although I doubt that Graham could ever be described as average. She's fabulous. So when I saw that Ashley Graham is the cover star of The Edit's January issue, I wasn't exactly surprised, but I was still pretty excited about it.

Graham has had a very exciting 2014. She was signed to IMG models, collaborated to create a plus-size lingerie line, covered Elle Quebec , and, you know, was just all-around awesome. So it only makes sense that Graham was going to end her year on a high note. That high note apparently came in the form of a very impressive magazine cover. Net-A-Porter's high-fashion glossy, The Edit, has featured cover stars like Lindsey Wixson, Emily Blunt, Rose Byrne and Cate Blanchett, Graham is in very, very good company. And to snag the magazine's last cover of the year? Pretty impressive.

In the issue, Graham discusses her mission to inspire body confidence and acceptance in other women. Just by following her on Instagram for a few months, her mission is obvious — and it is awesome, to say the least. Graham talked to The Edit in detail about how passionately she feels about her goals, and how she has learned to love her body.

"Every day, if you tell yourself ‘I love you’, if you give yourself one word of validation, it will change your mind. You might even start crying. I’ve done that before, especially in my weakest moments. And then you start to really figure out what the deeper issue is: is it your body, your job, your relationship?"

Graham told the magazine that "we need role models for young girls who say, ‘Embrace your curves. Who cares that your body isn’t perfect?'" And that kind of says it all, doesn't it? What better message to broadcast to women? I know that even from just doing something as small as following Graham on Instagram, I've started feeling more positive about my body and inspired by Graham's message. No one could be more deserving of a cover.

More like this
Kate Had A Solution When Tom Cruise Broke This Royal Rule At The 'Top Gun' Premiere
By Frances Stewart
Fashion Trends From 2002 Making A Comeback
By Avery Matera
Frankie Bridge Has Launched A Brand New Fashion Line With Tesco
By Rachel Mantock
2022's Top Wedding Hair & Makeup Looks, According To Pinterest
By Olivia Rose Ferreiro
Get Even More From Bustle — Sign Up For The Newsletter