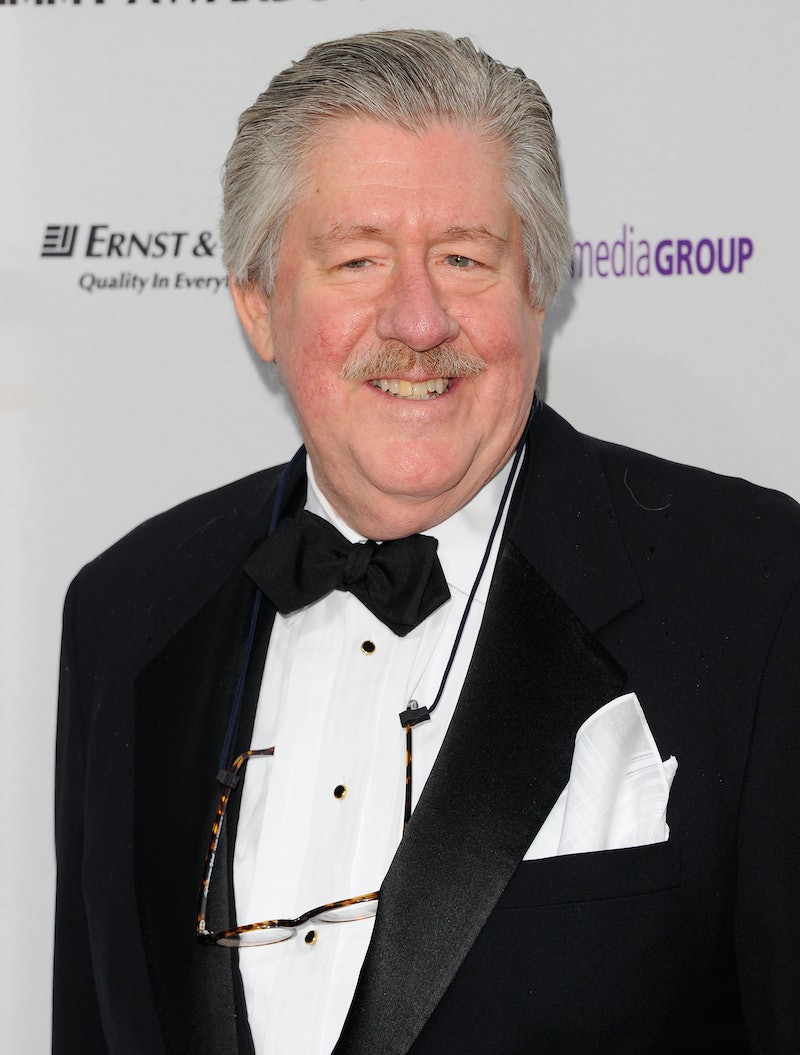 In tragic news, TMZ and Buzzfeed News have confirmed that beloved Gilmore Girls and The Lost Boys star Edward Herrmann passed away in NYC on Dec. 31 at the age of 71, after a long battle with brain cancer. Herrmann was an accomplished film, television, and stage actor, often best remembered for his Emmy-nominated portrayal of President Franklin D. Roosevelt in 1976's Eleanor & Franklin, as well as in 1977's Eleanor and Franklin: The White House Years — but fans of Gilmore Girls will likely best remember Herrmann in his beloved role as the complicated Richard Gilmore, patriarch of the Gilmore family and Lorelai Gilmore (Lauren Graham)'s father.

According to TMZ, Herrmann had been in the ICU at a New York City hospital for 3 and a half weeks prior to his death, and had recently been taken off a respirator at the request of his family. He is survived by 3 children.

It's awful, tragic news to come to grips with, especially for Gilmore Girl fans — with the series having recently been posted to fully stream on Netflix, nostalgia for the former WB series had been at an all-time high recently, particularly for best-remembered cast members like Herrmann was.

Like fans, celebrities and Herrmann's former co-stars from his long line of projects are left shocked by the legendary actor's death, and have begun taking to social media to post tear-jerking — but still immensely fitting and heartwarming — tributes to the beloved actor, whose legacy will undoubtedly live on through his unforgettable work, and his even more unforgettable presence:

We, the Gilmore Girls family, are so terribly sad and somewhat stunned. We only learned about his illness a week or so ago. I got a call from [Edward’s wife] Star Monday night asking if I wanted to come to the hospital to say good-bye. I went yesterday and was able to give Ed love from Lauren [Graham], Alexis [Bledel] and Amy [Sherman-Palladino]… I have so many fond memories of our time together on Gilmore Girls and since, mainly via email. I think everyone who knew or worked with Ed found him to be absolutely delightful… Everything looks a little dim, as if the lights went down. [via TV Line]