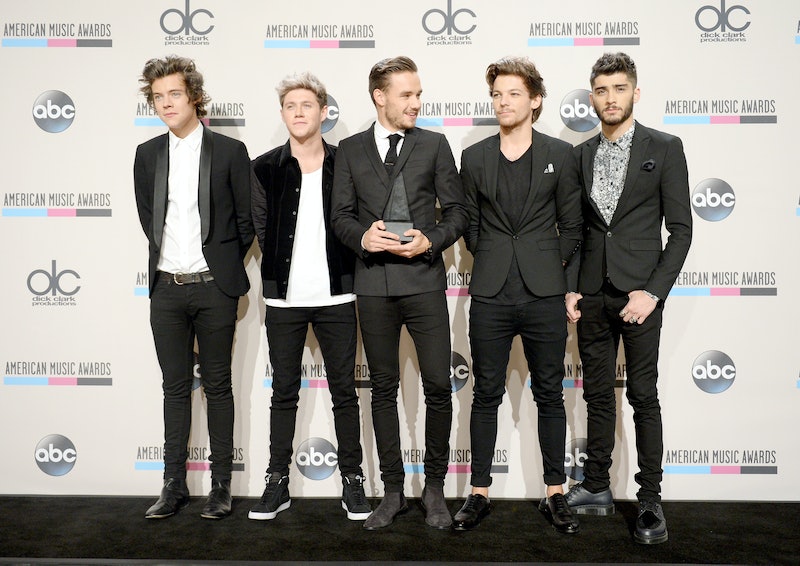 The Ryan Seacrest-hosted New Year's Rockin Eve is well under way, and every new musical act they introduce sounds like it could be One Direction — and yet for most of the night it wasn't. All the effusive descriptions being tossed around by co-hosts like Fergie and Jenny McCarthy could apply: "Billboard-topping," "having a great year," the list goes on. But where on Earth is the actual One Direction? They made their appearance close to the 10p.m. mark, but during the wait between "What Makes You Beautiful" and "Steal My Girl" the #RockinEve tag on twitter was full to the brim with One Direction fans dang tired of waiting for their beloved, billboard-topping band to appear. And it was actually rather endearing.

It's common practice for shows like Rockin Eve to hold their biggest acts until closer to the main event, so it's not entirely unexpected that acts like Meghan Trainor and Train took up the space between 1D performances. But when you love a band with all your heart and they're the reason you're tuning in to watch Ryan Seacrest present something in the first place? Well, it can get mighty tedious. It's nothing against Lady Antebellum (and their...Macklemore rapping) — they just don't have quiiiite the twitter following that Harry Styles, Niall Horan, Zayn Malik, Louis Tomlinson, and Liam Payne have. How could they?

And so the longing has been out in full force:

One thing is joyously true for these fans: Eventually it was One Direction. Many moms were excited, too.