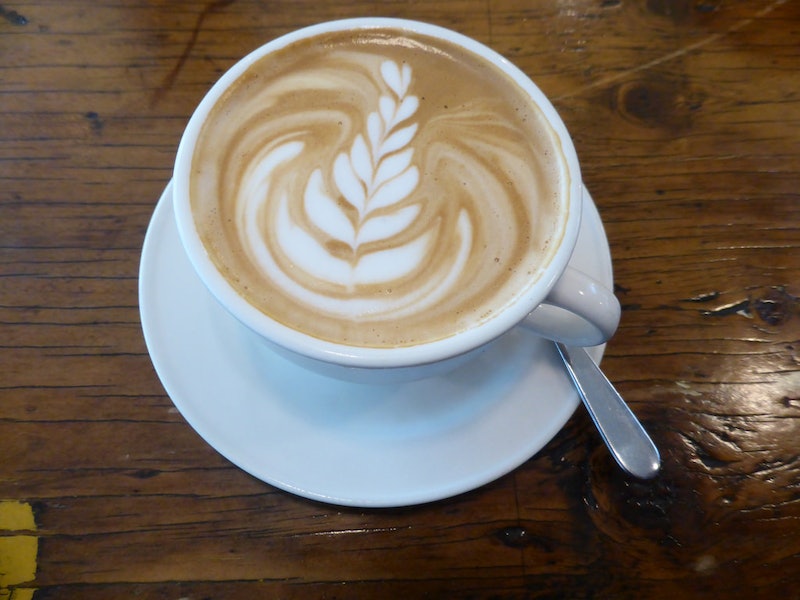 Listen up, coffee lovers — here’s some excellent news with which to ring in the New Year: According to Eater, Starbucks will begin serving flat whites at all American locations on January 6, 2015. And you know what’s even better? It’s not a limited edition beverage. It’s getting added to the coffee chain’s core menu, so you’ll be able to get it anywhere, at any time, for as long as Starbucks is around. Hoorah!

If you live in the UK, Australia, or New Zealand, you’re probably wondering what the big whoop is; flat whites have been available in those three places for quite some time. This makes sense, given that the beverage originated in either Australia or New Zealand (there’s some debate as to which). According to the LA Times, it first came into existence sometime in the 1980s; a sort of cappuccino variant, it consists of a combination of espresso and milk with a minimal — and usually fairly dry and stiff — amount of foam on top (hence the term “flat”). Although historically it hasn’t had a huge presence in the U.S., it’s been gaining traction in recent years; as such, anyone over here who’s fond of flat whites, but has hitherto had trouble finding people who know how to make them should be rather happy indeed.

There’s just one thing: Much like eating a Reese’s Peanut Butter Cup, there’s no single “right” way to make a flat white. The milk-to-espresso ratio can vary depending on who’s making it — and as Quartz found out, pretty much everyone has a different definition of what makes a drink a “flat white.” Some think it’s the presence of “microfoam”; others consider it a “modern American cappuccino”; still others think it’s just a “small latte”; and so on (although something tells me that flat white enthusiasts will probably take a considerable issue with those calling it a cappuccino or a small latte). Weird, no?

Starbucks, however — chain that they are — will have a standard flat white recipe all its baristas will be required to learn. A spokesperson for the company told Eater that it will be made from two “ristretto” espresso shots (which are “smaller and more concentrated” than standard espresso shots) and topped off with the aforementioned microfoam. There’s also apparently a specific pouring method used for getting the thing into your cup which “results in a steamed milk dot in the middle.” Apparently the technique is good for making latte art.

In any event, flat whites will be hitting the ‘Bux menu next Tuesday, so go forth and caffeinate. Why not make it a New Year’s Resolution to try as many different coffee drinks as possible this year? There’s no time to start like the present!

More like this
Starbucks Released New Menu Items For The Summer
By Emma Garza
Taco Bell Announced A Crunchwrap & Tostada Made With Cheez-Its
By Emma Garza
Is The Insta-Famous Always Pan Actually Worth It?
By Jessica Goodman
A Beginner's Guide To Drinking Whiskey
By Alexis Morillo
Get Even More From Bustle — Sign Up For The Newsletter