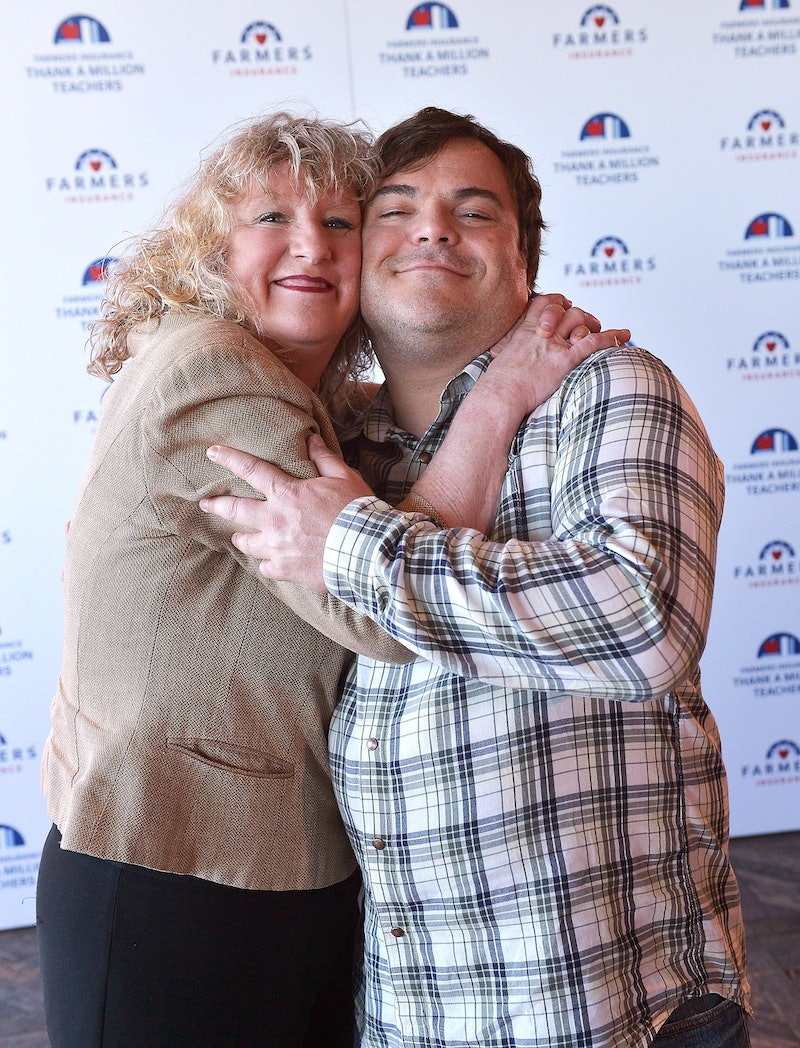 The Tournament of Rose Parade is an odd duck. All the floats are made of flowers and Al Roker's got Dad jokes for days. This year kicked off with a drumline flash mob. One even brighter spot was Jack Black's appearance on the Farmer's Insurance Float. Accompanying him was Debbie Devine, pictured above. Devine is Black's middle school drama teacher and currently the artistic director of the 24th Street Theatre in Los Angeles. Farmer's Insurance has put together a grant initiative called the "Thank A Million Teachers" campaign. Jack Black helped to launch the campaign last year. It really is an awesome organization. The theme of the parade was "Dreams Come True" this year, so the Farmer's Insurance float read "Dream Big" — how fitting! According to their website, Rascal Flatts and J.K. Simmons have also paid thanks to the educators that inspired them in their lives. The "Dream Big: World Of Possibility" parade float is also celebrating the Dream Big Teacher Challenge, an offshoot of the organization.

The challenge aims to thank teachers who have made an impact on student's lives over the years. Individuals can submit grant proposals, and then some are selected by Farmer's Insurance to be voted on by the public. Teachers don't get enough thanks, that's for sure, and I bet every one of us can think of the one teacher we'd love to honor and recognize. Jack Black and Debbie Devine clearly have had a wonderful, lasting relationship, and it was so sweet to see them enjoying the parade! Hopefully this gets Farmers Insurance the attention they deserve, and for something other than that catchy jingle! If Twitter tells us anything, people noticed.

That said, I'm not sure it's possible that they enjoyed the parade nearly as much as Al Roker and Hoda Kotb.