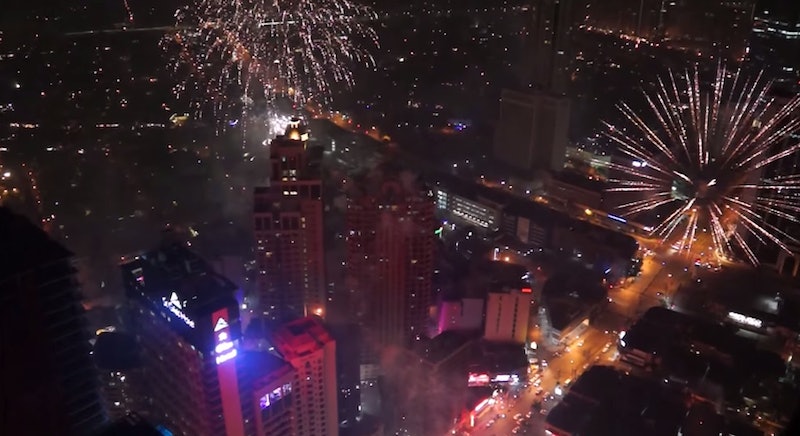 Apparently, Manila (the capital of the Philippines; just pretend you already knew that) knows how to party really hard. In this video captured from the top of the tallest building in the city, you get to experience the epic glory that was Manila's New Year's Eve 2014. As the camera scans over the city, you witness fireworks going off around every corner. All the skyscrapers are aglow, embalmed by an array of glistening colors and gigantic sparkles. It's a New Year's Eve fairytale, and it's gorgeous and dazzling.

The fireworks, which exploded over Mandaluyong, Makati Ave and CBD, and SM Jazz and The Circuit were pretty much constant for at least three minutes (probably longer; I can't really tell the actual duration based on the YouTube video). I don't know about you, but this party scene looks and sounds way more rad than the ball dropping in New York (no offense, New Yorkers: your NYE game is pretty to-notch too, though). I'm not really into celebrating New Year's Eve, but if I was, I would be all about this flood of fireworks, since they're super fun and mark new eras and beginnings. So, if you're a big fan, maybe Manila is where you want to be next year for New Year's Eve.