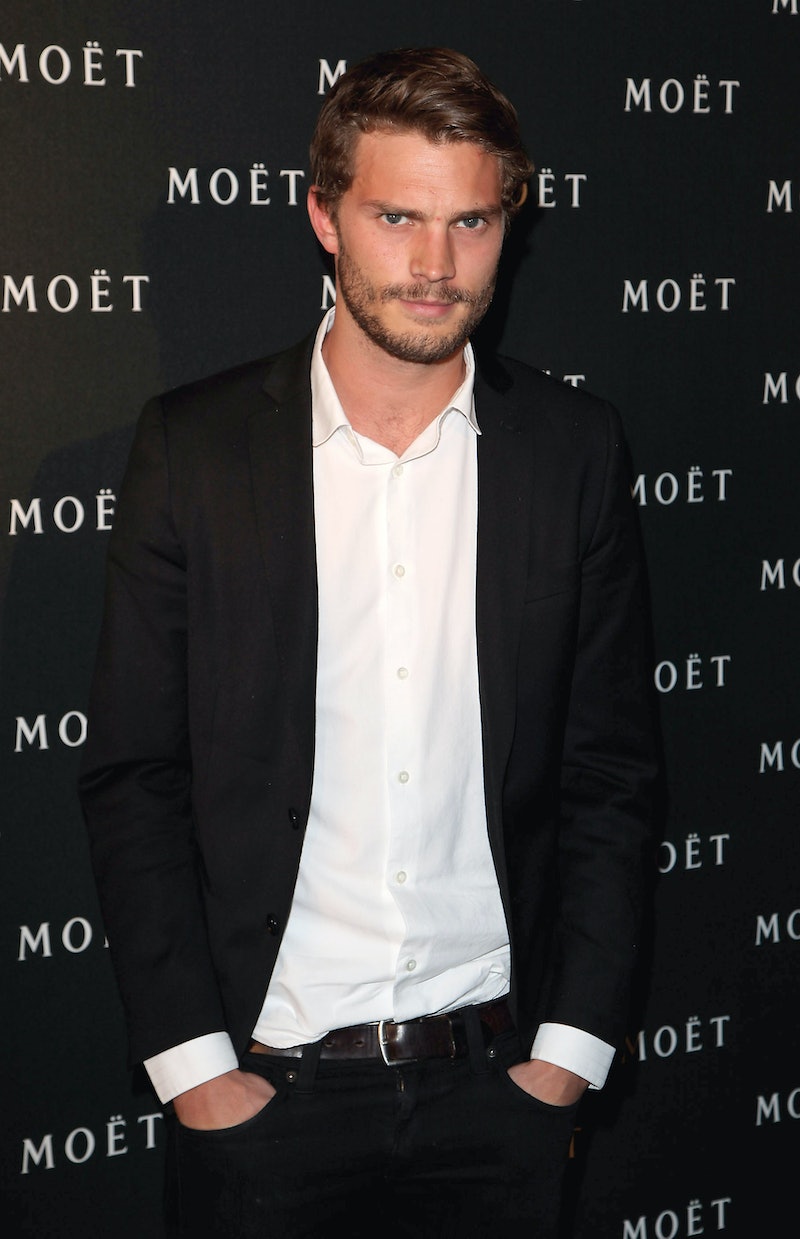 Apparently Christian Grey is not as anti-feminist as you'd expect. In an interview with Elle UK, star Jamie Dornan said Fifty Shades of Grey is not misogynistic, explaining that BSDM is more about men surrendering their power to women than the other way around. "I can understand why people say tying a woman up and spanking her is misogynistic. But actually, more men are submissives than women. Very powerful men," he revealed. "It’s a far bigger scene than I imagined: in pretty much any city in the world that you could name, people want to get spanked with a paddle with studs on it."

Dornan had been full of quotable moments about the upcoming film, including telling Elle UK about his trip to a real sex dungeon to prepare for the role. He also has defended the film against anti-feminist before, pointing out that everything was consensual and contracts made for equal power. Based on the tone of the book and what we've seen in the trailer, it still seems like Christian has the upper hand and doesn't treat Ana as an equal, but I appreciate that Dornan at least keeps an open mind about it.

More like this
Why The '365 Days' Sex Scenes Are Good, Even If The Movies Aren’t
By Arya Roshanian
Sandra Bullock, Girlboss Extraordinaire
By Matt Harkins & Viviana Olen
Long Live Bennifer!
By Allie Jones
What Does Doctor Strange’s Third Eye Mean?
By Arya Roshanian
Get Even More From Bustle — Sign Up For The Newsletter