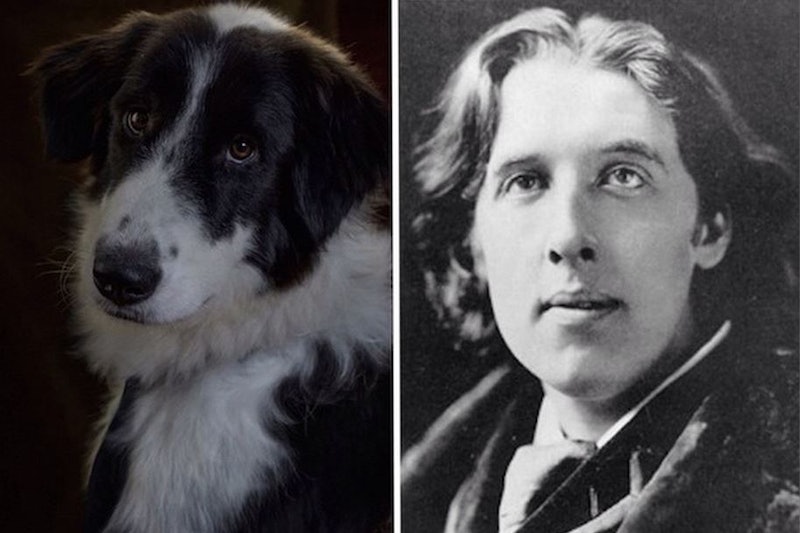 I’m a sucker for pets who think they’re people, so it’s probably unsurprising that I think photographer Dan Bannino’s “Poetic Dogs” project is one of the greatest things since Uggie the Jack Russell terrier’s scene-stealing appearance in The Artist. “Poetic Dogs” features a whole bunch of adorable pups posed like famous writers — but you know what’s even better? They’re all rescue dogs, with the goal of project being to raise awareness and encourage the adoption of dogs living in shelters. Amazing photographs, super cute pups, and a terrific cause? Sign me up!

Bannino, who is based in Italy, rescued his own dog, Rothko (named, presumably, for the artist) from a shelter just about a year ago and found it to be a life-changing event. “When I adopted him I realized how many dogs are in the same condition all around the world,” he wrote on his website, “and how a single adoption could change their lives.” Living with Rothko, Bannino essentially learned how to speak dog — which is what eventually inspired “Poetic Dogs.” About his furry friend, Bannino wrote:

“I’ve learned how to understand his moves and I’ve learned to listen to his silent words — and for this reason I’ve realized how dogs are similar to writers: Speaking through their expressions, sounds, and movements, they’re telling you everything while saying nothing, just like an author would do with their words in a fine poem.”

Speaking to Mashable, Bannino elaborated on the process behind the project — how he paired each dog with their corresponding writer, what it was like working with them, and more. “The moves, the eyes, the way they were and the way they interacted with me had a very important role in choosing who was who,” he said, “and this totally made me communicate with them on another level.” Due to their histories, many of the dogs were afraid of people; as such, Bannino had to adjust his normal shooting techniques, working without flash and making liberal use of dog treats.

The resulting portraits are striking. Sometimes the dogs are given props or small costume pieces; other times, they’re simply posed and shot in a similar fashion as photographs of their corresponding authors. Each picture also includes its dog’s story, and you guys? I want to adopt them. All of them. My heart, it breaks.

Bannino is currently running an IndieGoGo campaign to keep the project going; his aim is not only to keep photographing the pups and sharing their stories, but also to supply them with food, medical supplies, and more. See the full series so far over at Bannino’s website, read the dogs’ stories on Instagram and Facebook, and kick in a few bucks for the campaign at the “Poetic Dogs” IndieGoGo page.

More like this
The 20 Best Audiobooks To Fall Asleep To
By Aoife Hanna and K.W. Colyard
Here’s What Sarah Jessica Parker’s Canned Cosmo *Actually* Tastes Like
By Emma Garza
Selma Blair Wrote Through The Pain
By Samantha Leach
Zosia Mamet Opens Up About Her Eating Disorder
By Zosia Mamet
Get Even More From Bustle — Sign Up For The Newsletter