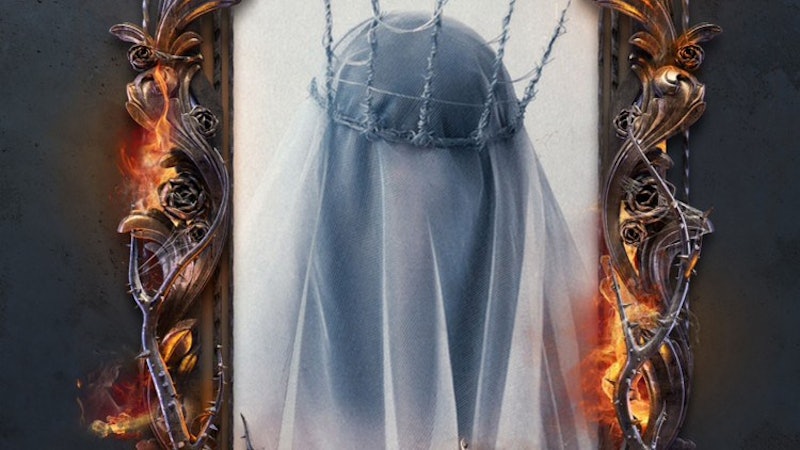 If I weren't too busy frantically reading the first chapter of Marissa Meyer's Fairest , I'd be bowing down to Meyer and her entire editorial and publishing team and how awesome they are doing as we all wait (not-so) patiently for more of The Lunar Chronicles. These people know how to treat their devoted readers right. Oh, and yes, you heard me right: Lunar Chronicles fans have unlocked chapter one of Fairest: Levana's Story for everyone to read right now, even though the full book won't be released until January 27.

And for those of you who are so excited you've forgotten how to type, here's the first paragraph of that first chapter, and spoiler alert, it is seriously intense:

She was lying on a burning pyre, hot coals beneath her back. White sparks ﬂoated in her vision but the mercy of unconsciousness wouldn’t come. Her throat was hoarse from screaming. The smell of her own burning ﬂesh invaded her nostrils. Smoke stung her eyes. Blisters burbled across her skin, and entire swaths of ﬂesh peeled away, revealing raw tissue underneath.

Oh, Marissa. You've gone dark on us, and we like it.

Fairest is the latest addition to Meyer's The Lunar Chronicles, though it is a prequel, not a sequel. It tells the "evil queen" backstory of Queen Levana and it takes place when Levana is a teenager up until 10 years before Cinder starts. So it occurs long before she ever crosses path with our beloved Cinder, Scarlet, and Cress (Cinderella, Red Riding Hood, and Rapunzel to you who are behind) and should give us readers some insight into Levana's tyrannical behavior and motivations.

But reading the first chapter of Fairest isn't the only morsel Meyers has to offer us eager fans. There's still more to "unlock" by sharing your fandom across social media, but Fierce Reads created a fan art contest to meet Marissa Meyer and released an excerpt of Fairest's audiobook.

Also, on the Lunar Chronicles website, you can "Glamour" yourself, just as Queen Levana does to hide what she really looks like. But mirrors, as we know from Levana's hatred of them, never lie. And don't worry, I did it first to lead the way for you all.

Mirror, mirror on the wall...

So although we still have a couple more weeks until we can read all of Fairest — and, sigh, several months before we can get our greedy hands on Winter, the next in the series chronologically — Meyer is doing what she can to tide us over, and really just making us far, far more excited for when they can finally live on our bookshelves.