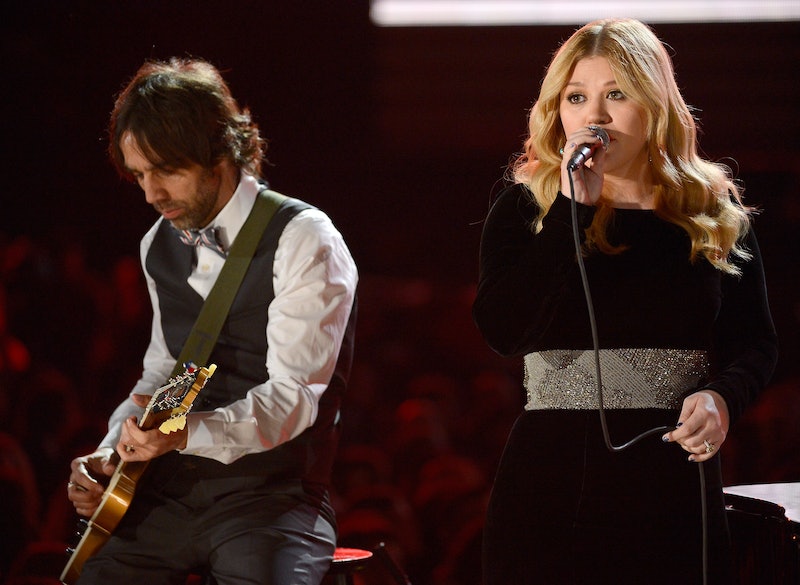 If you ask me, 2015 is off to a great start already! On Friday, Kelly Clarkson shared some exciting details about her upcoming new music on Twitter — in fact, the original American Idol wrote that her new single will be premiering "soon." Sounds great! The only catch is that she didn't reveal the song's title just yet. Instead, she gave fans two important clues: "Proof of life & Dr. Dre."

Huh. What does Kelly Clarkson have to do with Dr. Dre? Don't worry — I have an idea.

As you might recall, there was a rumor going around a couple of weeks ago that Clarkson's new single was called "Sensation." While it's still possible that the 32-year-old singer recorded a song called "Sensation" for her new album, that title doesn't exactly fit the clues she gave on Friday night. However, there is a relatively recent Clarkson track registered online called "Heartbeat Song" that might solve the puzzle: After all, what's considered "proof of life"? A heartbeat. And Dr. Dre? Well, he's the co-founder of the wildly popular Beats by Dre headphones. Heartbeats. Makes sense, right?

Admittedly, I'm not very familiar with Mae's work, but I do love both DioGuardi and Evigan! It'll be interesting to find out if "Heartbeat Song" is, in fact, Clarkson's new single. The "Since U Been Gone" hit-maker also gave fans some insight into what her new album will sound like:

As far as that mysterious duet with an "amazing" male singer that Clarkson teased back in October goes, she offered yet another clue:

Well, that narrows down the list of possible names quite a bit. (Sadly, though, this means that it's definitely not a duet with Bruno Mars or Sam Smith. Bummer.) If I had to guess, I'd say that Clarkson recorded a song with either John Legend or Adam Levine — but that's just a hunch.

Finally, Clarkson played coy when asked if she had worked with in-demand songwriter Sia Furler on her new project:

While nothing's confirmed yet, one thing is for sure — Clarkson has her fans at the edge of their seats.