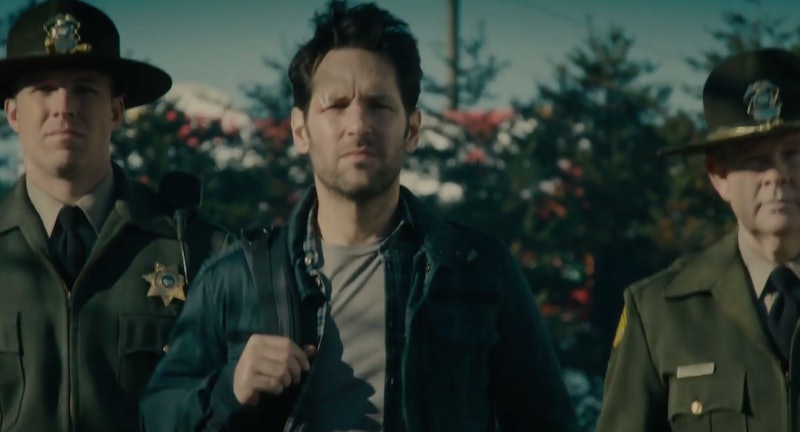 Good news, Marvel fans. Though Marvel technically released the first teaser for Ant-Man yesterday, none of us actually got to see any of it, because upon watching the clip, it quickly becomes clear that it's a teaser for ants, not for actual human people — fitting considering the title, yes, but a bummer nonetheless. Now, however, Marvel has finally released a human-sized Ant-Man teaser, which features a first look at the film in a format people can actually see. Hoorah!

Don't get too excited, though: Yes, the trailer is very human-sized and we do finally get a look at star Paul Rudd's very easy-on-the-eyes mug, but it's also very, very short in length — ant-sized, if you will. Running at only 17 seconds, it doesn't give us many hints about what to expect from the film, except that it'll definitely be released to theaters in a human-sized format, which is good. (Though, wouldn't it be kind of hilarious if Ant-Man was released in theaters in an ant-sized format?)

In any case, for Ant-Man fans impatiently awaiting the arrival of this movie, I'm sure it's a welcome teaser, no matter how short it is. Check it out in all its human-sized glory below.