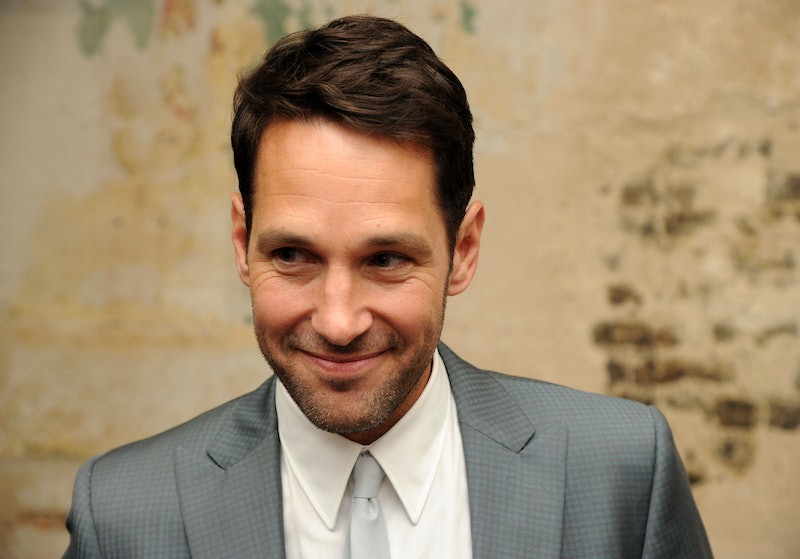 OK, we get it Ant-Man, your protagonist is small. Were you trying to drive that point home with this new teaser trailer for Ant-Man which rivals the "next on Mad Men" promos inscrutability-wise, or did you just not have enough footage yet? Marvel released its miniature teaser trailer for Ant-Man on January 2nd, preparing us for the real trailer, which they'll release during the premiere of Marvel's Agent Carter on January 6th. They promise the trailer will be human-sized.

The tongue-in-cheek teaser does little except establish the tone of Ant-Man, which is officially a comedy. Many are worried about the film, as it has undergone a large amount of changes in direction and casting. I'm hoping that Ant-Man manages to walk the line between comedy and super-heroism in the same way that Guardians of the Galaxy and the Iron Man movies have managed to. We don't know all that much about the film yet, except that it's directed by comedic director Edgar Wright (The World's End, Scott Pilgrim Vs. The World, Shaun Of The Dead), it will star Paul Rudd as Ant-Man, and Rashida Jones might (hopefully) be in it. As you'll see, the trailer does not reveal much else, except that this film will probably not be as brooding as The Dark Knight.

What is this? A trailer for ants?! In my opinion, Marvel is pushing it a little bit with this one. Teaser trailers are annoying enough as it is, and Marvel seems to be poking fun at all the hype that surrounds its movies. Don't bite the hand that feeds you. We'll have to wait until we see Agent Carter's numbers on Tuesday to see whether the promotion worked. Annoying it may be, but betting against Marvel is rarely a good idea.

More like this
Marvel's 'She-Hulk' Trailer Is Finally Here & The Hulk Lends A Big Helping Hand
By Grace Wehniainen
Everything To Know About Marvel's 'Echo' Series On Disney+
By Grace Wehniainen
The 'Hocus Pocus' Sequel Finally Has A Release Date & It Makes Total Sense
By Shannon Barbour and Radhika Menon
What Does Doctor Strange’s Third Eye Mean?
By Arya Roshanian
Get Even More From Bustle — Sign Up For The Newsletter