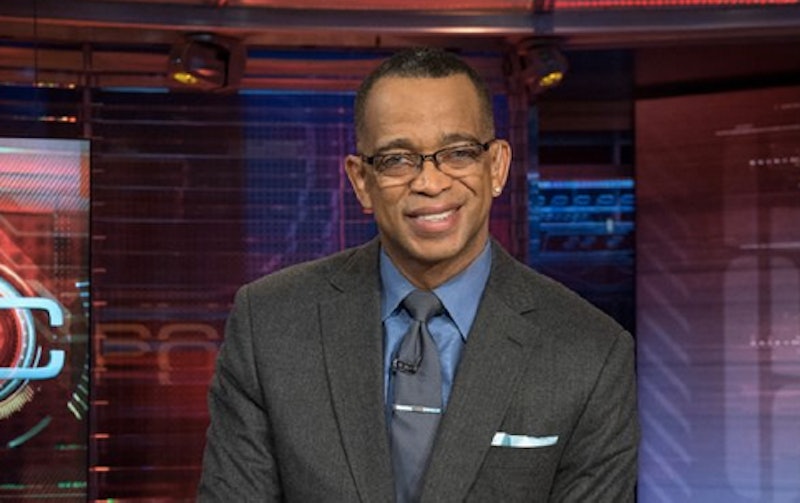 ESPN has paid tribute to one of its most lasting icons in a way that almost captures his larger-than-life spirit. After he passed away early Sunday morning, ESPN aired a moving tribute to Stuart Scott, remembering the life and career of one of its most recognizable anchors. Featuring interviews with a number of colleagues and employees, the video spoke volumes of the man who changed the very industry of sportscasting. The incredible 15-minute tribute serves as part biography, part salute, part eulogy to the 49-year-old who lost his lengthy and high-profile battle to cancer after nearly eight years. And if anyone needed evidence of the sheer breadth of Scott's influence, the testimony of countless friends and peers prove just how enormous of a presence Scott was in the business.Described as a man who "bulldozed the envelope" and was "a ball of fire," Scott made an impact on his employers at ESPN from the moment he stepped on set in 1993. His fresh perspective and unique voice made him an instant favorite amongst viewers, and his ability to connect with a variety of demographics, particularly at a time when few African Americans were hosting major television events, made him a groundbreaking force. And even though, as the video notes, there was some resistance to his powerful on-stage personality, Scott never wavered in his determination and his perspective, and more than two decades later, this has made for a lasting legacy. Watch ESPN's phenomenal tribute to Scott below.