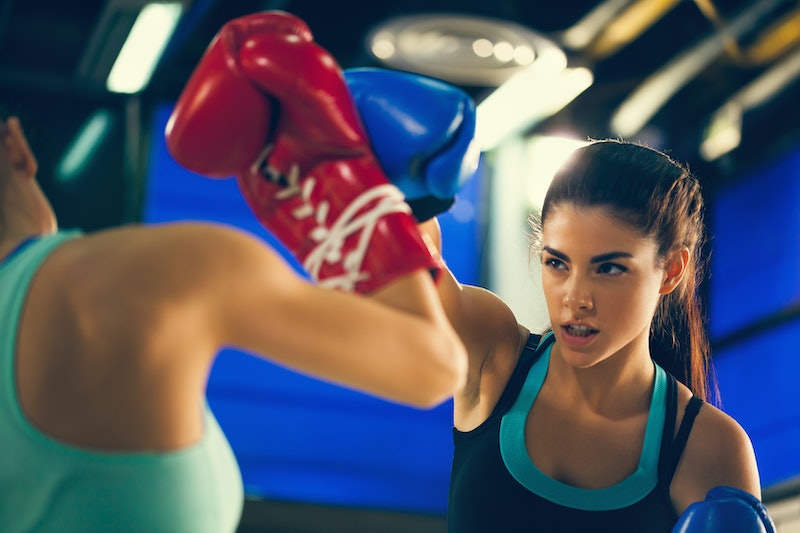 If your New Year's Resolution was to get in shape, just like everyone else in the universe, it looks like you might not have to hit the gym every day to make that happen. OK, fine, that's probably not strictly true, but according to recent research, thinking can give you stronger muscles. So you crazy kids who enjoy working out can keep doing your thing, but guess who just gave everyone else a new excuse to avoid going to the gym after work? You're welcome.The study, conducted at the Ohio Musculoskeletal and Neurological Institute, looked at the muscle strength of participants after using a cast to immobilize one hand and wrist for four weeks, and if you've ever broken a bone you know that after the cast comes off, it's difficult to build up muscle again after such a long period of disuse. Sure enough, the volunteers all lost wrist flexor strength after wearing the cast. However, the group who was asked to perform regular mental imagery exercises about their wrists ended up losing 50 percent less strength than the non-imaginative group, who just wore the cast. They also had faster recovery of voluntary activation (VA), which is the nervous system's ability to activate the muscle. Basically, the imagery group was full of superhumans in comparison to the weaklings in the non-imaginative group.

The authors of the study pointed out that while we associate it with skeletal muscle, strength is actually the result of a number of factors that often go unstudied. In the published study, they wrote that the findings imply that "neurological mechanisms contribute significantly to disuse-induced weakness." We may not fully understand how yet, but the nervous system plays an important role in muscle strength. With an increasing body of research showing that strength training is hugely important, with benefits ranging from preventing osteoporosis to fighting depression, it looks like scientists are going to turn their attention to better understanding how muscle strength works.

In the meantime, you might not be able to think your way to fitness, but at least we know that while you were laying in bed last week, trying to get up the energy to put on a sports bra and imagining yourself going to the gym, technically you accomplished something.