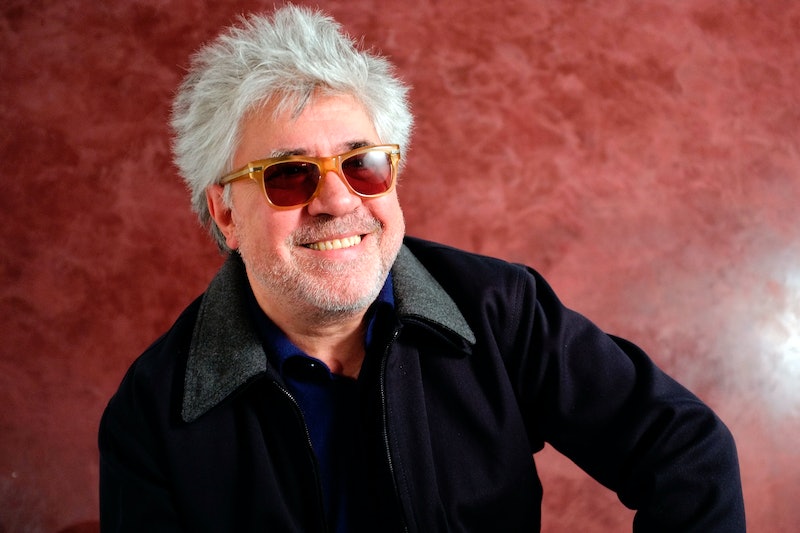 Good news for fans of intense feminist Spanish filmmaking: Pedro Almodóvar has announced that he's just finished the script for his next feature, Silencio. It will be his first film since 2013's I'm So Excited, in which the highly acclaimed director strayed from his usual genre of drama/melodrama to make a comedy. Though I'm So Excited (Los Amantes Pasajeros in Spanish) was ill-received, Almodóvar has had such a successful career as one of the most prominent Spanish filmmakers of all time that even American audiences know him and anticipate his films.

If you're not familiar with Almodóvar, rectify that immediately! Not only are his films aesthetically brilliant, but his female characters are some of the fiercest, strongest and most resilient of any director's. Penelope Cruz is a fixture in many of his better-known works, as is her husband Javier Bardem. Almodóvar, who is openly gay, is quite aggressive with using the medium of film to both explore the culture of a post Franco Spain and themes of family, sexuality and discovering identity. And, of course, the unerring badassedness of women.

Silencio won't start filming until April and there's no guess as to when it will be released, but luckily, Amodóvar has an impressive oeuvre that you should familiarize yourself with before he drops his next feature. And even if you've seen them before, these are all worth a rewatch or two. Some of my favorites:

Women On the Verge of a Nervous Breakdown (1988)

It was certainly not his first film, but Women On the Verge of a Nervous Breakdown (Mujeres al borde de un ataque de nervios) was the movie that really blew up Almodóvar's international career. The film was nominated for and won countless awards, including a nomination for the Best Foreign Language Film at the Academy Awards. Watch it for: its interesting format (the film takes the form of a play) and its extreme, hilarious and absurd melodrama. The film stars Carmen Maura and Antonio Banderas, fixtures of Almodóvar's films.

Todo Sobre Mi Madre won the 1999 Academy Award for Best Foreign Language Film, and for good reason. The story of a mother that goes to find her dead son's father, a transexual, is bold and brash in its exploration of sexuality. Watch it for: an amazing bunch of characters including a pregnant nun played by Penelope Cruz, and excellent, almost garish color palette.

Habla Con Ella is darker and more avant-garde than Almodóvar's previous works. With a heightened sense of awareness of love and death, empathy and loss, Talk to Her won the Golden Globe for Best Foreign Language Film. Watch it for: beautiful, heartbreaking cinematography that pays homage to silent films and amazing dialogue between the two main male characters, whose women they love are in comas.

Perhaps my favorite of Pedro's work, Volver features a tour de force by Penelope Cruz. It's the story of a woman and her daughter living in a small town in Spain, and whose mother comes back from the dead. Watch it for: great magical realism, amazing female characters and brutal and awesome feminism.

A sexy, saturated thriller, Abrazos Rotos again stars Penelope Cruz as a glamourous actress. It's a twisted, dark and campy story about the director that fell in love with Cruz and the villainous banker that is her lover. Watch it for: crazy plot twists, gorgeous fashion and even more gorgeous styling of cinematography.

Don't watch this if you don't want to be thoroughly creeped out! I don't want to give too much away, but I will say that this horror film is definitely successfully horrifying, and stars Antonio Banderas as a megalomaniac surgeon.

If you get through these six, feel free to explore the rest of Almodóvar's collection of fantastic films.