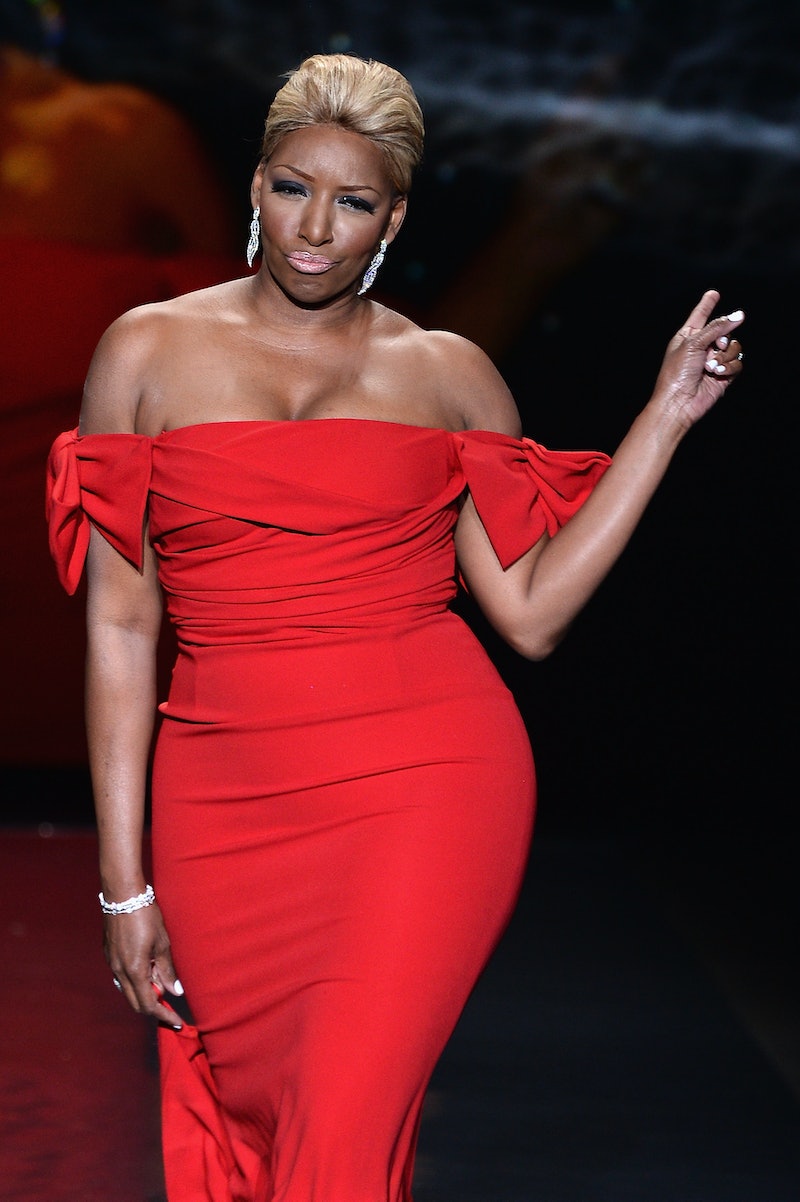 Real Housewives of Atlanta is taking its sweet, Southern time introducing its new cast members. This week, NeNe and Claudia Jordan finally met, and the results weren't exactly friendly. Even though Claudia works with Porsha, who's probably still NeNe's closest friend in the cast, she's mostly tight with Kenya and Cynthia, NeNe's public enemies 1 and 2. Now, when it's NeNe's idea to make up and get along, like it was in last week's episode, it's all good. But at Kandi's event, she showed up with a sour lemon pout and fluttered her eyelashes, making up some stuff about how she couldn't be friendly to Claudia because she hangs out with people NeNe doesn't get along with. Uh… okay?

Personally, I don't see where NeNe is coming from with this. And thankfully, Claudia called her the hell out about it and refused to let it ruin the night. I'm starting to really love Claudia. She's not a real Atlanta-phile, so I don't know if she's going to last beyond this season, but she's been Kandi-approved, so I'm sure she's not a total jerk or anything behind-the-scenes. And she knows all the T about Porsha's crazy African boyfriend who's supposedly spoiling her with expensive Brazilian weave. While Kenya is an amazing cast member, she doesn't know that type of gossip because she never gets along with anyone!

Kenya was throwing a lot of shade about NeNe getting plastic surgery earlier in the episode (she's always had a weak spot for body shaming, if you'll think back to Phaedra and the Donkey Booty days) earlier, but I don't see how that could have gotten back to NeNe in the time leading up to the Kandi party, or why that would make her give Claudia the "cold shoulder."

So, in short, I'm Team Claudia — and that's hard to say, because I know NeNe is the big star in the cast, and I love "bloop" and her big toothy laugh like any other fan. But while Claudia may not be a born TV star, her positivity is far more fun than NeNe's sourpuss.

More like this
What’s New On Netflix: A Victoria Justice Rom-Com & The Return Of David Letterman
By Arya Roshanian
What’s New On Netflix: The Return Of 'Bling Empire' & A Rebel Wilson Comedy
By Arya Roshanian
'Unforgotten's Brand New Character Joins At A Pivotal Moment For S5
By Bustle UK
Scott Disick’s First Time Around Kravis Was “Awkward,” To Say The Least
By Jake Viswanath
Get Even More From Bustle — Sign Up For The Newsletter