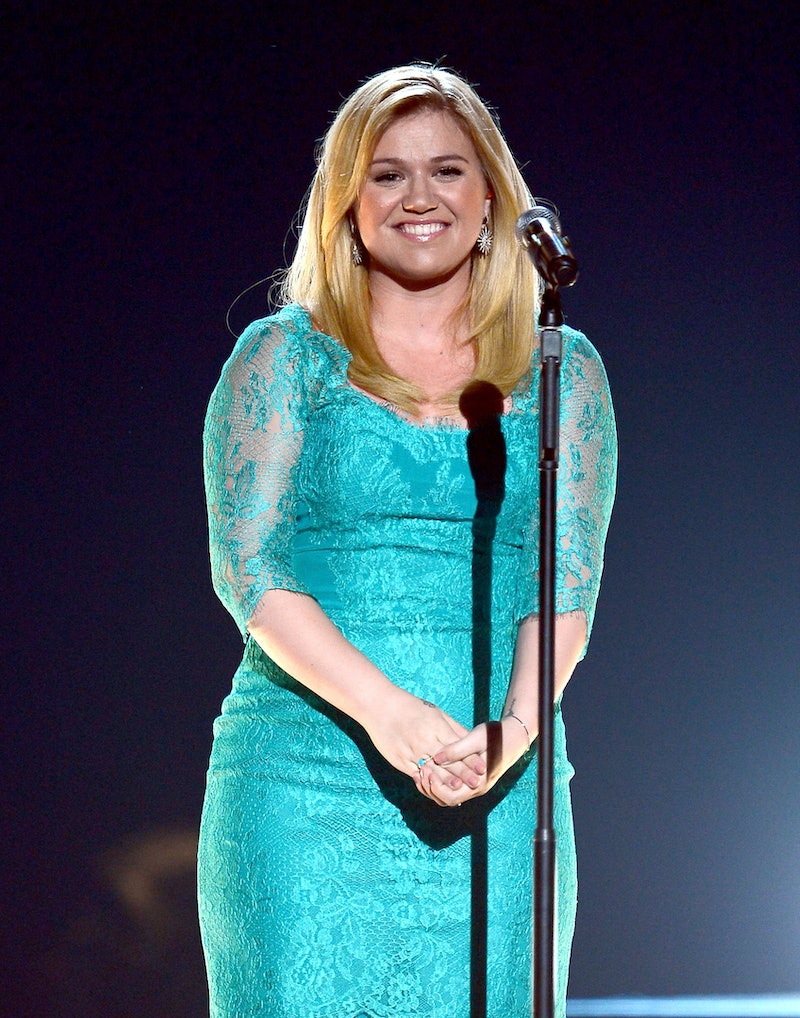 With each passing day, we're learning more and more info about Kelly Clarkson's much-anticipated comeback. Thanks to a couple of music industry insiders (and some helpful hints from the original American idol herself), we can now be fairly certain that Clarkson's new single is called "Heartbeat." What a great title! Apparently, the song sounds pretty good, too. Of course, that doesn't exactly surprise me. After all, we're talking about the woman who brought us "Since U Been Gone," "My Life Would Suck Without You," and "Stronger (What Doesn't Kill You)" here — but it's still nice to know! Hold on to your butts, people: Kelly Clarkson is back.

A little Internet sleuthing tells us that "Heartbeat" may have been co-written by Clarkson, former American Idol judge Kara DioGuardi (Christina Aguilera's "Ain't No Other Man"), pop music producer Jason Evigan (Demi Lovato's "Heart Attack"), and songwriter Audra Mae. It will serve as the lead single from Clarkson's upcoming sixth studio album. The 32-year-old singer seemed to suggest on Twitter this weekend that "Heartbeat" will premiere on Jan. 13, but if that doesn't end up being the correct date, she has at least confirmed that it's coming sometime in January. I'm so excited, I might explode.

Here's everything we know about "Heartbeat" so far:

It Could Be HUGE

Kasual Kas, a songwriter for Universal Music Group, thinks that "Heartbeat" could be "one of the biggest records of 2015." Whoa. I hope that he's right! Somebody hold me.

Pop Radio Is Gonna Love It

Erik Bradley is the music director at B96 — a well-known Chicago-area top 40 radio station — so he definitely knows what he's talking about! Let me try to contain my excitement.

Omggg. Are we truly prepared for Clarkson to unleash her next No. 1 smash hit upon the world? Ready or not, "Heartbeat" is on its way.