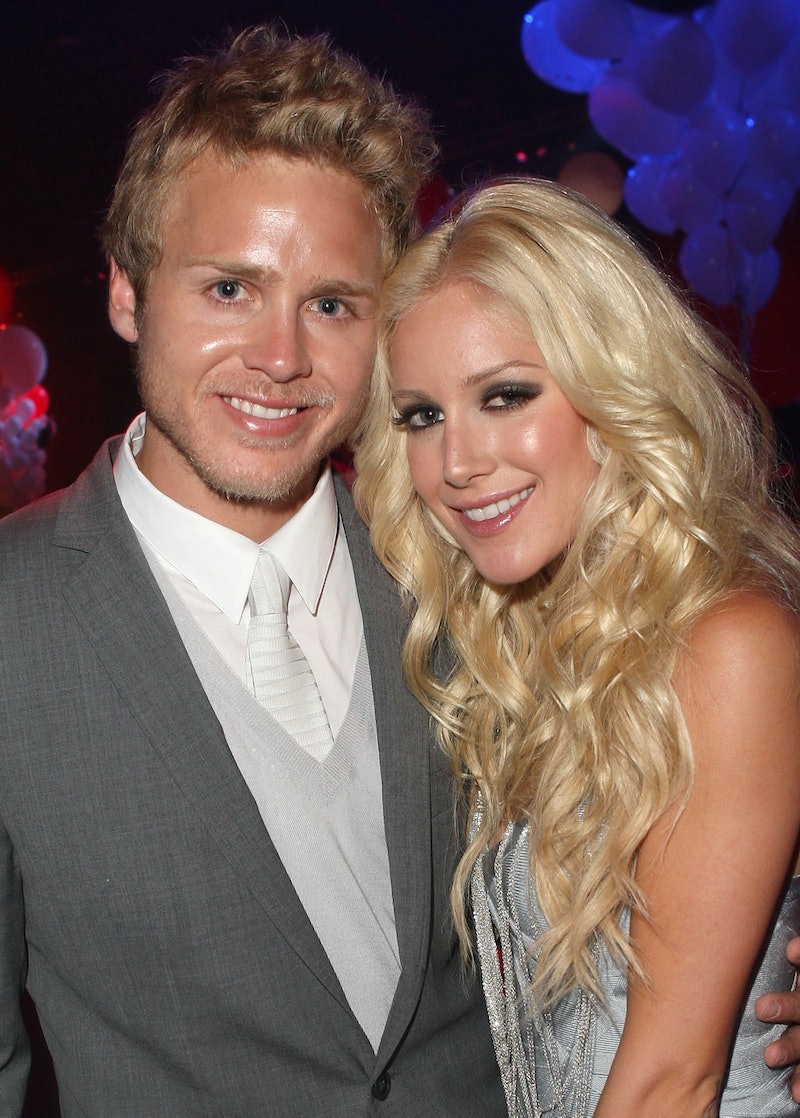 If you asked me five years ago if I thought Spencer Pratt and Heidi Montag would still be married in 2015, I would have answered with a resounding "hell no." But somehow, some way, the former The Hills stars have managed to beat the odds. Six years later, they're still wedded in holy matrimony... although all is admittedly not well in their union, since Heidi and Spencer are joining the cast of Marriage Boot Camp this season, which kicks off on Jan. 9. Much to the dismay of their fellow boot campers, Heidi and Spencer show up ready to take over, and they're seeking counseling for an issue that has haunted them since they were actually relevant reality stars: Heidi wants kids, and Spencer does not.

That's right. They argued about this while they were dating in the early 2000s and after they tied the knot on The Hills. They even brought it up on their 2013 E! special, After Shock, and they still haven't managed to reach a decision on the subject. "I'm ready to have children and Spencer is acting like a child and not ready for one," Heidi says in the preview for Marriage Boot Camp, surprising absolutely no one.

And if you ask me, I think Spencer's so-called "baby blocking" isn't entirely a terrible thing. Because when I look at Heidi and Spencer, I don't exactly see parent material.

They're still in disagreement about children

When one person cannot imagine her life without children and another person is adamant about being child free, those are two people who should probably never get married. However, knowing this, Heidi and Spencer still got married, and is it any wonder they're still having this discussion? If Spencer doesn't want to be a father, he shouldn't be one. What child deserves a dad who isn't 100 percent psyched he or she exists? The rational thing to do would be for Heidi and Spencer to part ways and for Heidi to find someone who envisions the same future she does, but I doubt we'll see that happening.

Spencer is a child

Like Heidi says, I'm not convinced Spencer ever grew up. I wouldn't be surprised if being married to him is basically a full-time job. If Heidi has a baby, it'll be like having two kids. Is she prepared for that?

Would a kid even fit into their lifestyle?

Because chances are, their parenthood would turn into a reality show. And while that would be incredibly entertaining, it would suck for that poor, poor baby, who's already at a disadvantage if he or she grows up to have Dad's flesh beard. Also, I have a feeling that these two are pretty selfish and wouldn't be up for the sacrifices raising a child brings at this point in their lives. I feel bad for being judgmental like this, but if they were prepared for kids and both wanted them, wouldn't they have them already?

If they're seeking counseling, their marriage is probably not in great shape, and it doesn't take a couples therapist to know that babies are terrible bandaids for a bigger issue. If they do decide to have kids down the line — and I mean actually agree about it — they should get their relationship in a good place first.