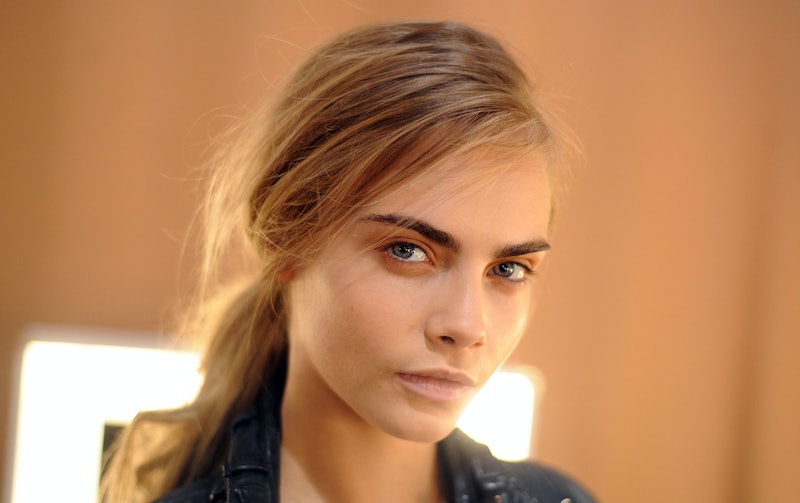 2014 may have been Cara Delvingne's year, but that doesn't mean 2015 will be any different. With her upcoming role in the film adaptation of John Green's novel Paper Towns, she's set for a career take-off on a huge scale. Now, everybody's favorite model is adding yet another item to her resume — editor. Cara Delevingne has signed on as contributing editor of LOVE magazine. Does this mean she's the next Anna Wintour?

Delevingne has long been a fixture on the magazine's pages and in their annual holiday Advent Calendar (remember that Christmas Day video featuring her and Kendall Jenner performing a choreographed dance?). Now, the model-turned-actress has joined the masthead at the magazine. Her first behind-the-scenes project will be to guest edit the forthcoming Spring/Summer 2015 issue.

Katie Grand, founder and editor of LOVE, told Fashionista in a statement, "I’ve always known that [Delevingne]’s an exceptionally bright, sharp and hilarious young woman. That’s why I was so keen to let her have this chance to exercise her skills as a journalist and writer. And she has proven herself to be a fearless interviewer, never afraid to ask all the questions we want to know the answers to."

Fearless indeed! If there's any model I could see developing a strong editorial voice, it's Cara D. She just has so much personality, and LOVE is the perfect place to express that personality in a stylistic and creative way. Today, LOVE magazine. Tomorrow, the world.