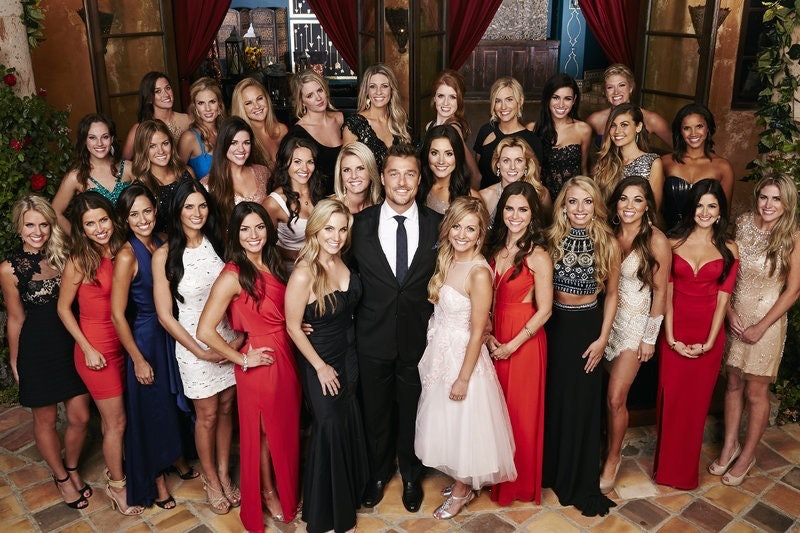 The time has come for many viewers around the country to get too emotionally invested in a relationship of a couple they will never meet. Yes, The Bachelor premiere is here, and Chris Soules' season has the option of going one of two ways: 1) It's going to be very magical and unrealistic (like most of the seasons), or 2) It's going to be incredibly boring. Unfortunately, after looking into where Chris and the women will be traveling this season thanks to Reality Steve, I think we might be leaning towards option number two. Chris Soules' Bachelor season might be very boring if these pretty lame destinations have any say about it.

Sure, The Bachelor is about finding true love and not jetting off to castles in Ireland and yachts in Capri, but at the same time, isn't that exactly what this show is about? If I wanted to watch normal and awkward dates occur, I'd go sit in a moderately priced restaurant bar in lower Manhattan at around 7 p.m. The Bachelor is all about the glamour and the suspense of what fantastical place Chris and the women will be jetting off to, to fall in love. Let's compare Chris Soules' season of The Bachelor to Juan Pablo's season of the show and figure out what the girls are probably thinking as they travel the continental US with Chris.

Both men start off in Los Angeles, just like every other season of the Bachelor. But chances are, we will feel like we are in Iowa by the amount of corny (HA!) jokes the women tell and the mentions of the womens' "desires" of a simpler life.

Juan Pablo: JP took his first one-on-one date to Salt Lake City. A fun, quick trip alone in a private jet to a charity run with Juan Pablo. Even though I would be pissed I would have to run during a date, Salt Lake City would definitely make up for it.

Chris: Costco. Spotted in October was Chris and a date at Costco in Los Angeles. Livin' the dream.

Juan Pablo: Seoul, South Korea. Now, this is the beginning of JP's truly awesome jet-setting season. Andi had an incredible season as well, but the locations were kind of predictable (Italy, France) but JP's season was bringing these women to places they may never have dreamed of going to. Props to him (the producers) for thinking outside the box.

Chris: Santa Fe, New Mexico. It's not entirely awful, the women probably got to show off their new bikinis they spent a fortune on before coming to the show, but Santa Fe is also no Seoul. They'll probably start wondering if they really needed to stand in line for hours and get a passport at this point.

Juan Pablo: Central Vietnam. Even though some of the women looked totally confused when they were told they were going to Vietnam, Vietnam was awesome. Again, these are places the women probably never even thought of traveling to.

Chris: South Dakota. According to Reality Steve, the group (that remains) travels to South Dakota. With a population of less than a million (in the entire state) I am sure the women were welcomed with open arms. At this point the women are wondering if Chris himself has a passport or is allowed to travel outside of the US.

Juan Pablo: New Zealand. Because the producers knew they needed to make up for how awful their leading man was, they took the women to New Zealand.

Chris: Des Moines, Iowa. It was only a matter of time until they went to Iowa and learned about Chris' home state. Here is where the women will most likely chuck corn and wrangle pigs. At this point, they're not pleased with anything.

As almost every season has done before, the overnight trip is in a tropical location. Juan Pablo brought his women to St. Lucia, and finally Chris leaves the US and goes to Bali with the remaining few. Those remaining few see a light at the end of the tunnel.

Juan Pablo: The women fly in via helicopter and recall their time with JP. It's beautiful, but ruined by the guy at the end of the aisle. Minor issue.

Chris: Chris brings the women back to Iowa for the final episode, because you know if Prince Farming is going to propose, it is going to be on a 100 acre corn farm. The women will ride in on tractors and have to whack down some stalks of corn to find him in a maze, but that's how true love works.