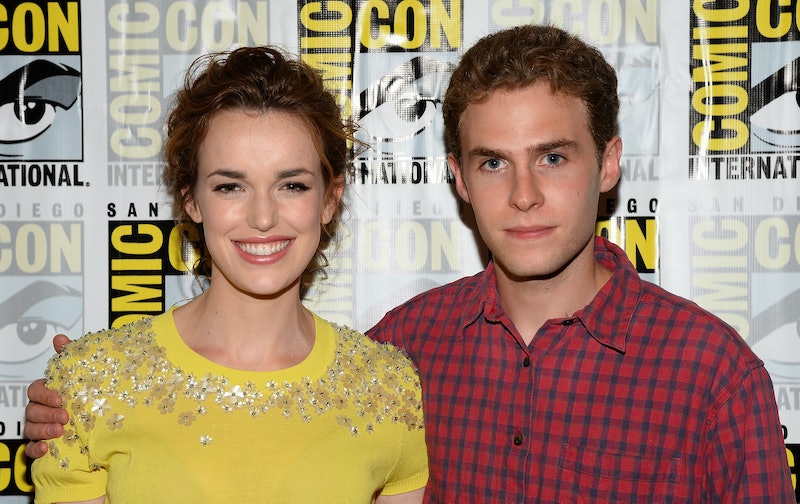 Can you believe that FitzSimmons, once derided as one-dimensional and annoying in the Agents of S.H.I.E.L.D. pilot, have become the highly-shipped pair they are today? They've certainly come a long way since their days as a supporting pair of characters in early Season 1. Honestly, they're one of my favorite ships on TV right now — right up there with Jake and Amy from Brooklyn Nine-Nine, in my book. But here's the million-dollar question: When will Simmons and Fitz finally become a couple?

I'm thinking the answer is, succinctly, "soon." Season 2B (which doesn't return until March, agh) might just be their time to shine. It'd make sense, right? Their relationship has successfully swung from vaguely annoying to heartbreakingly adorable — a trajectory that happily matches the show's own journey.

After laying a strong foundation in the latter half of Season 1 (before brutally ripping them apart, because come on, this is a Whedon show), Season 2A was all about them learning to trust one another again. Upon Simmons' return from her undercover Hydra mission, things between them were shaky at best — though after Fitz' literally life-or-death proclamation of love in last season's finale, would you expect anything different? That said, the season so far has painstakingly showcased their slow but sure return to partnership, and the last couple episodes before the winter hiatus finally (finally!) saw them functioning as a team once more.

Plus, there was also the very encouraging fact that Simmons (who's always been the more confused/less sure one — as opposed to Fitz, who's been all but head-over-heels since the get-go) practically confessed her feelings — remember when Bobbi Morse used her mad interrogation skills on her?

Basically, even if Simmons herself hasn't quite worked out how she feels yet, Bobbi sure has. Besides, think about this — no one stands in their way now! I mean, as sad as it is, we know Simmons/Trip isn't going to happen anymore, and the other 'ships fans have come up with are far less likely to amount to anything than FitzSimmons, since they so much more history together.

The when-Harry-met-Sally-met-Science potential lovebirds have a clear road ahead (aside from her characteristic awkwardness, his lingering resentment and traumatic brain injuries, that is). Here's to FitzSimmons becoming canon in 2015!