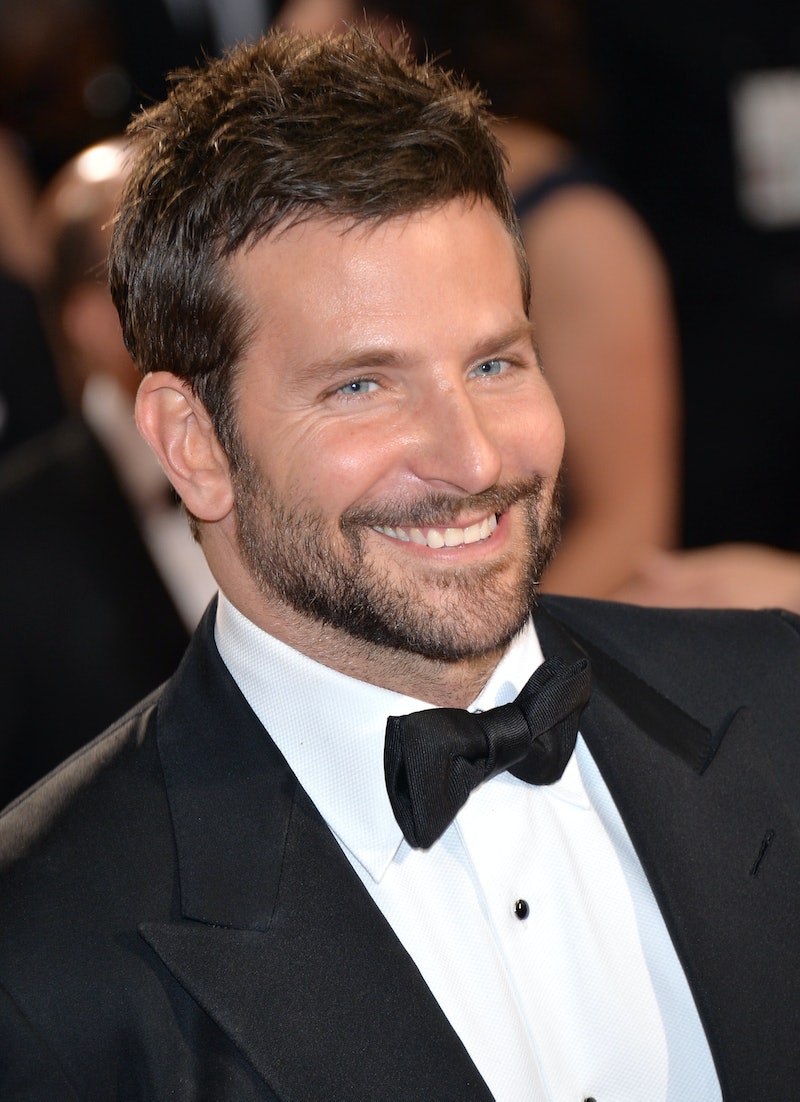 There's no doubt Bradley Cooper's one talented man (not to mention very attractive and fluent in French), but another known fact about the actor is he's very attracted to women. Bradley Cooper loves women, and, no, he isn't afraid to admit it. What says "sexy" better than hearing a man gush about women, how they shape the world, and the female gender just being all-around amazing? OK. A great smile and chiseled abs might also have that affect, but, words and actions mean so much more. Enter the American Sniper actor, who just can't help but deliver some amazing quotes about women.

It really comes as no surprise, because in every interview I read with this man, he's either talking about his current girlfriend, Suki Waterhouse, having kids, being married for a long time like his parents, or embracing tradition when it comes to commitment.

Isn't Waterhouse lucky? If you don't think so, continue reading, because here are eight quotes showing Cooper's love for females. Not only does he find us captivating, but the admiration he has for the opposite sex is stunning. This is surely a great way to get through the first Monday of the new year. Also, it's a fun way to celebrate his 40th birthday, which happens to be Jan. 5.

What I take away from this quote is that Cooper treats women with kindness and respect. There's nothing more attractive than hearing those words come out of a man's mouth.

"They're a source of energy in life. I've always wanted to be in a war or baseball movie, but the thought of having no women on set for six months — that's hell. I don't know if it's animalistic or what, but men become like peacocks with their feathers up when women are around."

Obviously, women make a movie, and Cooper knows that. Also, why wouldn't men be attracted to women as soon they walk into a room? We're awesome.

"When I'm into a woman, I literally can't stop staring. I'm like a little kid. I become completely entranced."

Yes, we have that affect on pretty much everyone. Women are just that amazing and talented.

As part of the "Bring Back Our Girls" campaign, Cooper showed his support alongside other fellow men, like Justin Timberlake and Sean Penn, by posing with the sign above.

"I love the company of a great woman. I think a relationship works best when both partners have a certain ease in the way they relate to each other and there’s a level of harmony that goes beyond just physical attraction."

Amen. Cooper's smart enough to recognize women bring so much more to the table (in relationships and other places of life) than their looks.

“There’s nothing better when you’re able to share that kind of closeness.”

For Cooper, it's all about getting close to a woman and being able to share anything and everything.

"Give me an authentic woman, and I'm happy."

Said like a true man. I'm glad to see Cooper wants a real woman in his life.

"She's a cool chick. We can hang, and she can roll with the punches. I love having her. I wouldn't have it any other way."

This is about one special woman in his Cooper's life: his mother. In a 2013 interview with Details magazine, he revealed he lives with his mom. Now, if they still live together, I don't know, but it's still adorable and sweet how much he cares for his mother.

Cooper, you can talk me anytime you want about how wonderful women are.