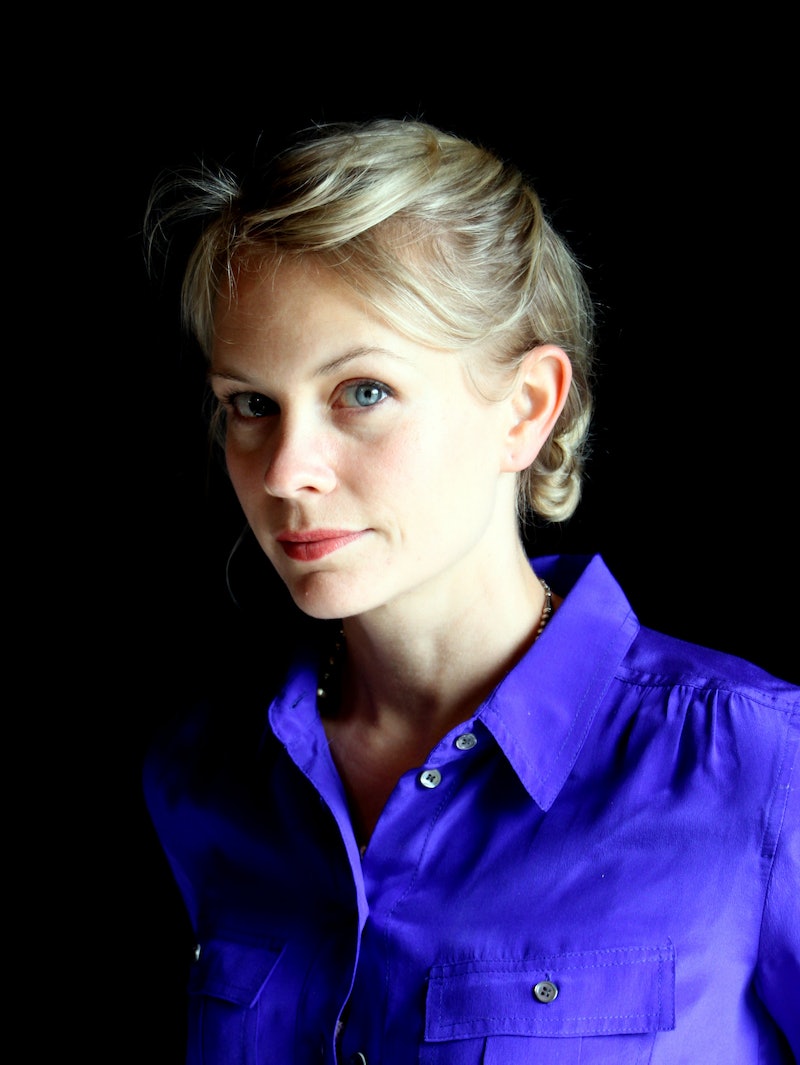 “We were the kind of women that started fights, not the kind of women that launched ships,” says the protagonist of the first story in Megan Mayhew Bergman’s absorbing new book Almost Famous Women (Scribner). That narrator is Daisy Hilton, a conjoined twin (her sister was named Violet) who was exhibited at sideshows and burlesque halls in the 1920s and 1930s. Like Violet and Daisy, all of the women in Bergman’s book existed on the fringes of society: Outcasts who took risks, lived passionately, and were, in their day, almost famous.

Bergman’s first short story collection, Birds of a Lesser Paradise, was published in 2012. Now, her compellingsecond collection is a fictionalized glimpse into the lives of women who, as Bergman explains, “were footnotes in other biographies.” Besides the Hilton sisters — whose tragic existence is about as far from the lives of Paris and Nicky as you could get — there’s Oscar Wilde’s free-spirited but troubled niece Dolly Wilde, Edna St. Vincent Millay’s sister Norma, Lord Byron’s illegitimate daughter Allegra, and Gone With the Wind actress Butterfly McQueen, as well as reclusive artists, female daredevils, and haunted heiresses.

Bergman, who studied anthropology as an undergrad, obviously did her historical research, but there’s nothing obvious about the way she approaches each woman’s story. Almost Famous Women at times reads like Southern Gothic fiction, and each chapter is an intricate sketch of a life lived on the fringes of society. The stories might be brief, but the characters and writing stay with you long after you’ve finished the book.

I spoke to Bergman about the process of finding her characters, exploring the lives of risk-taking women, and what she learned from these women on the edge.

BUSTLE: How did you approach historical fiction to write the book?

MEGAN MAYHEW BERGMAN: I tried to convince myself not to do it. At first I felt a little uncomfortable fictionalizing any aspects of these women’s lives. But the more I read, I found I was enjoying that type of fiction so I gave myself permission to do it. Henry James has an essay called “The Art of Fiction” where he says, “All novelists need freedom.” I think about that line all the time. Just giving yourself permission and not being puritanical about what you think makes a good book. If the narrative is there, do it.

What initially inspired you?

I’d been reading these out of print biographies about these women and a lot of them were footnotes in other biographies. They just kept living in my imagination. There were stories there.

Just giving yourself permission and not being puritanical about what you think makes a good book. If the narrative is there, do it.

Which story did you write first?

The earliest one is the first story. I grew up in North Carolina where folklore is really prominent. I was fascinated by roadside Americana and I think it’s anthropological in nature, just being fascinated by unusual people and places. Around that time I’d just graduated college and I was having that quarter-life crises where you think I’m making my life as a woman and I’m looking around and I don’t see the role models I want to — women who lived passionately and independently. I felt like I wasn’t doing that yet.

I love the Romaine Brooks story, “Romaine Remains.” It’s one of the darkest in the book, and the narrator and the way you approach the story is so compelling.

Two stories stand out to me: “The Siege at Whale Cay” about Joe Carstairs, and the Romaine Brooks story. These women were larger than life and both of them were independently wealthy and could afford to live as they pleased, completely authentically, relying on no one: not parents, not lovers. Somehow I felt like writing about their first person perspective just felt too on the nose, and I felt interested in what it was like to orbit those people who had fame. I like the darkness in the Romaine Brooks story. There’s a lot of conversation in literature about “likable” female characters and I knew a lot of these women were not conventionally likable, and that was technically something I was fascinated by but I was determined not to give into that. There’s a Jane Kenyon poem that says, “If it’s darkness we’re having, let it be extravagant.” Let them be ugly, let them be harsh, let them be honest.

I knew a lot of these women were not conventionally likable.

A lot of these women were punished for their uniqueness and independence. Is that something you thought about as you approached each chapter?

I was always really careful about not writing too much with an agenda. I certainly have one; I’m a hardcore feminist through and through. You want to concentrate on the quality of the narrative and not the social agenda, but of course the feminism is in me. I worried at first whether these were cautionary tales about the price you pay for being unusual or living authentically. But two things intrigued me: The first was risk taking. We need to see more women like this, even now. In the Dolly Wilde story there’s a line about perhaps the world is not always kind to its unusual women, and that was probably the closest instance of my social agenda creeping into the book.

I’m a hardcore feminist through and through. You want to concentrate on the quality of the narrative and not the social agenda, but of course the feminism is in me.

The book celebrated their differences, even though their lives might not have been the happiest.

Kind of a Jon Bon Jovi down in a blaze of glory idea I guess.

Marlene Dietrich appears in “The Siege at Whale Cay,” and she’s obviously a well-known figure. How did writing about such a famous woman compare to writing about the “almost famous” women in the book? She doesn’t come across as the warmest person.

Overall she might not have been likable but she was fascinating. I was most intrigued by her vanity. You don’t want flat characters, you want flaws and beauty kind of colliding, and I wanted that to exist with her. When you have characters with a little more baggage and characters that the world knows, you have to work with them a little more carefully.

Are there any women you wish you could have included who didn’t make it in?

I did want to include women of science. And I studied anthropology in undergrad and I would have loved to have included one of the more famed anthropologists. I’m very interested in Rachel Carson and she’s plenty famous but she’s someone I would like to write more about. One of the things about writing this book is that now that people know I’m interested in writing about these types of women I get an email roughly every day with somebody unearthing one. So I feel like I could write two more collections on the theme.

What did you learn while you were researching these women’s lives? Is there any takeaway for you from their stories and the way they lived?

It can be a little uncomfortable asking yourself if you take risks and live passionately. Those are the two questions that I found myself asking more after writing this book. The thought of growth being uncomfortable — publishing is a little like that for me. There’s a lot of vulnerability in putting work out into the world, so I identify with it that way. I have two daughters so I think a lot about the behavior I’m modeling.

There’s a lot of vulnerability in putting work out into the world.

What are you working on next?

I have a novel with Scribner and the working title is Rebel Rebel. It’s about four women in Lake George, and it has to do with competitive swimming. There are strong female characters, always.